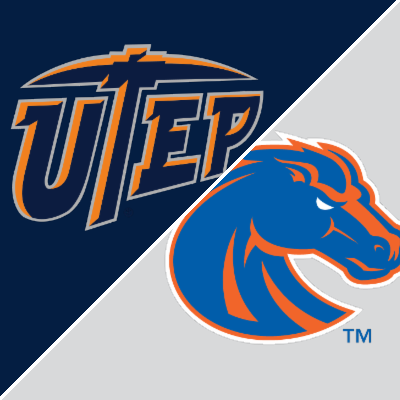 Boise State will host UTEP on Friday night in what will be the 2nd game of a college football double header to get the week started. Boise State is a 26.5 Point home favorite with a current total of 56

Last week, as we predicted on these pages, Boise State went toe to toe with Central Florida. They covered, but lost a 36-31 game which didn’t disappoint college football fans eager to get back in action.

UTEP has two games under their belt already. They opened up August 28th with a 30-3 win over New mexico State. They followed that up with another win, last week, over Bethune-Cookman. While not the toughest opponents, keep in mind that UTEP won just 3 games all of last year. A 2-0 start surely boosts confidence.

We don’t give UTEP a chance here straight up. This is a good Boise State team looking to bounce back from a loss. But can the Broncos cover the big number?

All the practices in the world can’t replace real game action, despite the opponents. The opportunity to go through the motions, for real, is priceless. For college football teams, game #3 is generally where the most improvement is seen.

Things that are often taken for granted, getting plays in and out, clock management, special teams. It all takes real world work to get things running smoothly. UTEP has that edge going for them here.

When you factor in that UTEP also returns just about every starter on both sides of the ball from last season, you can start to make a case for the Miners to perhaps keep this one a little closer than the pointspread indicates.

Our model doesn’t think this one is close at all. It predicts a Boise State blowout by 40+ points. But be careful laying big numbers.

We’re going to look at the total here instead of the side. The current total is 53. We think that may be a tad low. Boise State is going to score some points. We know that. If they hung 31 on UCF we’re likely to see 40+ on UTEP.

But UTEP, having 2 games in the books, is also likely to at least have some success offensively. If Boise hangs 40+ as expected, we only need a TD and a field goal from the Miners to get the money on the over.