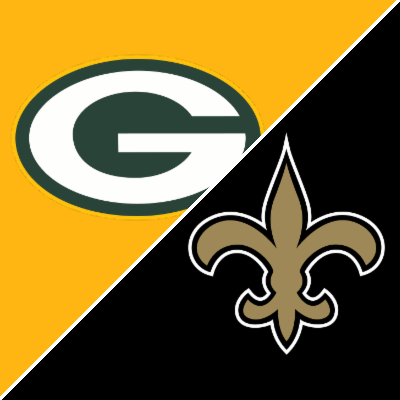 The Packers have made the NFC title game for the last two seasons and open the season facing the Saints, who are in their first season without the retired Drew Brees under center.

(This game will be played in Jacksonville, Florida, as the city of New Orleans recovers from hurricane Ida).

The Packers are a 4-point favorite in this NFC contest with the total sitting at 50. The public has backed Green Bay, as they opened as a 2.5-point favorite and are now favored by four points as of September 8.

Drama Over – For Now

The whole off-season drama is over for Green Bay, as they have reigning MVP Aaron Rodgers back and happy. For now. The team did not make any major off-season deals but did sign WR Randall Cobb, who had his best seasons in Green Bay with Rodgers.

Drew Brees is gone and Jameis Winston is in as the new starting QB for the Saints. He played sparingly last season and while he has star Alvin Kamara in the backfield the WR position is thin. Because of New Orleans being well over the salary cap they also lost some key players on the defensive side of the ball.

These teams met last season in Week 3 in the Big Easy where the Packers beat the Saints 37-30. While Green Bay covered in that game, they are still only 2-5 ATS in their last seven games against New Orleans.

Aaron Jones rushed for over 1,000 yards for the second straight season and was rewarded with a big contract. Last season’s first round pick in A.J. Dillon will be the #2 guy with Jamaal Williams gone.

One issue on offensve may be the line with All-Pro center Corey Linsley gone and All-Pro David Bakhtiari may not play in this opener after an injury late last season.

The Saints lost quite a very key players on D because of the salary cap. Cameron Jordan has to rebound from a subpar 2020 and lead the pass rush and CB Marshon Lattimore has to lead the secondary. New Orleans has some new players up from and in the secondary and they will be tested right of the bat facing Rodgers, who passed for 283 yards with three TD in beating the Saints last season.

Kamara rushed for 932 yards last season and had 756 receiving yards. Latavius Murray ranked second on the team with 632 yards last season but was recently released and Tony Jones Jr. will be Kamara’s backup. Taysom hill (457 rushing yards) will also get time in this game at several positions and his run game will be needed.

One thing the Saints have going on offense is that their O-line is one of the best in the league.

The defense for the Packers was decent last season and they have a good secondary. The pass rush needs improvement with Za’Darius Smith and Preston Smith each having subpar seasons last year. Containing Kamara will be key and last season while the Packers beat the Saints, he had nearly 200 yards from scrimmage.

The Packers are 5-1 ATS in their last six season openers the Saints are only 1-5 and I look for those trends to continue. The Saints have issues on both sides of the ball and a new starting QB. They still have some great players and one of the best in Kamara but they will not be able to contain Rodgers. The MVP will have a big game and lead Green Bay to a win and they will also cover the spread.