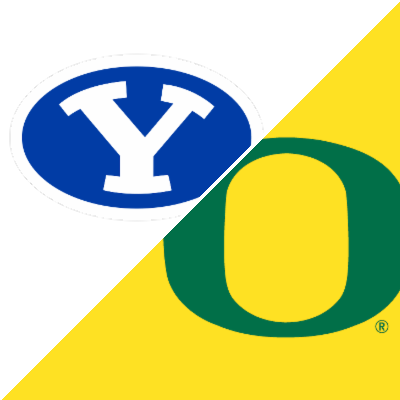 Oregon hosts BYU Saturday September 17th in a game scheduled to kick off at 3:30 PM EST. The Ducks opened as a -3 point favorite and currently sit at -3.5. The total in the game opened 55.5 and has been bet up to 58 at betonline.

BYU has started the season as many expected at 2-0. This is a team that was 10-3 last season and is largely intact in terms of returning production. Last season, while not playing the toughest schedule in the country, they picked up legit wins over Utah and Arizona State though they did lose their Bowl game to UAB.

BYU rocked South Florida in their opener this year 50-21 and then knocked off a very good Baylor team last week in OT.

Jury Still Out on Ducks

The jury remains out on Oregon. The Ducks were dominated in their first game this year by Georgia 49-3. They were able to take their frustrations out last week by pounding Eastern Washington 70-14 but this week we’ll learn a lot more about the Ducks.

Oregon came up short when they stepped up in class last year with the exception of knocking off Ohio State last September in week 2. They played two other ranked teams last year. One was Utah, who they lost to twice, 38-7 and 38-10. The other was Oklahoma, a 47-32 loss in the Alamo Bowl.

Here’s the score prediction from our model using a combination of this year and last years data.

We’re going to disagree with the model here. Oregon has a lot to prove before we’re willing to back them. The only thing they have proven recently, both this year and last, is that when they step up in class, they flop.

BYU on the other hand has been just the opposite. They show up. This isn’t the Oregon Ducks of old that’s going to hang 60 on the board every week. This is an Oregon team still looking for an identity offensively.