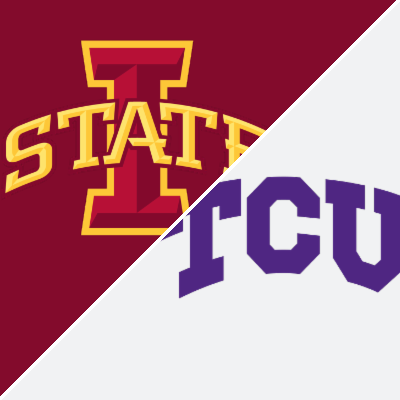 TCU is fourth in the CFP rankings and they almost slipped up last week and look to stay unbeaten hosting Iowa State, who only has one Big 12 win. TCU is a 9.5-point home favorite in this game with a total of 47.5.

The betting public has, actually, favored Iowa State in this game, as they opened as a 10-point underdog and as of Thursday are a 9.5-point dog.

Iowa State has won four of their last five games facing TCU including winning the last three meetings. Last season at home the Cyclones laid a 48-14 beat down on the Horned Frogs.

End the Season on a High Note

Iowa State looks to end their disappointing season on a high note and after winning their first three games of the season they are 1-7 since. They have lost two in a row since winning their lone Big 12 game against a West Virginia team that only has two conference wins.

While ISU has a solid defense, giving up an average of 16.5 ppg, they only rank 110th in the nation averaging 20.7 ppg. The aerial attack ranks tied for 29th in the nation while their run game only ranks 118thin rushing yards per game.

Hunter Dekkers (2,938 yards 18 TD 13 INT) leads the Cyclones and in the last game passed for 294 yards with a TD and no INT while he had three picks the previous game. WR Xavier Hutchinson (1,160 yards 6 TD) has more than twice as many receiving yards as the next leading target and he has over 100 receiving yards in six of the last seven games including the last three.

Iowa State will be facing a TCU defense that is giving up an average of 25.5 ppg and ranks 61st in the nation against the run and only 94th against the pass.

In their last game TCU was on the road and beat a 6-win Baylor team 29-28 where they kicked a last second field goal. It looked as if the game was over after failing to score but the Horned Frog’s D made a great 3-and-out stop to give their offense a chance.

Max Duggan (2,858 26 TD 3 INT) passed for 327 yards with a TD and an INT in the last game and had two completions and a 12-yard QB draw to give the team a first down and get them into field goal position.

Banged up TCU will be up against an Iowa State D that ranks sixth in the nation against the pass and ninth against the run.

Iowa State has covered the spread in five of their last six games against TCU.