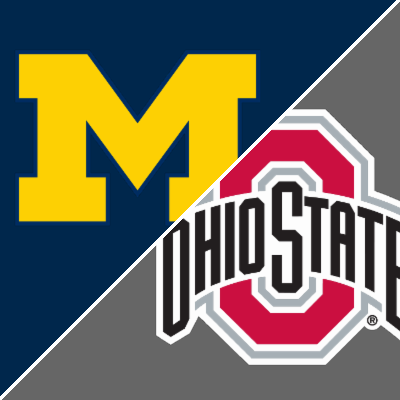 To say The Game is important is an understatement, as the winner will win the Big 10 East and likely get a CFP bid. Ohio State is posted as a 7.5-point home favorite with the total sitting at 56.5.

The public has slightly backed Michigan in this huge game, as they opened as an 8-point underdog and as of Thursday morning they are a 7.5-dog.

Last season in this game at Michigan thew Wolverines ended their 8-game losing streak to Ohio State en route to their first Big 10 title in nearly 20 years and their very first CFP bid.

The big question for Michigan is will star RB Blake Corum play? He has rushed for 1,457 yards this season with 18 TD and has averaged 5.9 yards per carry. He left the last game, which was a 19-17 home win over Illinois with a last second field goal, with an injury after rushing for 108 yards. After he left the run game stumbled with C.J. Stokes rushing for 36 yards and only averaging 3.3 yards per carry.

McCarthy does have some solid targets such as the WR duo of Ronnie Bell (641 yards 2 TD) and Cornelius Johnson (300 yards 4 TD) but TE Luke Schoonmaker (315 yards 2 TD), who ranks second on the team in receiving yards, missed the last game and is listed as questionable.

Michigan’s defense has a tall task in this game facing an Ohio State offense that has the likely Heisman front-runner and an offense that ranks second in the nation averaging 46.5 ppg.

C.J. Stroud (2,991 yards 35 TD 4 INT) may wrap up the Heisman with a big game and he has a great WR corps. In the last game OSU beat Maryland 43-30 where Stroud passed for 241 yards with a TD and no INT and he has not been picked off in the last four games.

The Buckeyes have THE best WR tandem in the college game with Marvin Harrison Jr. (1,037 yards 11 TD) and Emeka Egbuka (914 yards 8 TD). On top of that they have three RB that each have over 500 rushing yards in Miyan Williams, TreVeyon Henderson and Dallan Hayden, who have combined for 24 TD.

Michigan’s defense ranks second in the nation (11.7 ppg) and ranks first in the nation in run defense and fourth in pass defense.

Ohio puts their 29-game home win streak on the line in this game.

Last season in Ohio State’s 43-27 loss to Michigan they gave up nearly 300 rushing yards and they cannot let that happen again.

The underdog has covered the spread in four of the last five games between these teams.

Our model has an across the board sweep in favor of Michigan +7.5 using 3 different time frame parameters and also favors the UNDER.