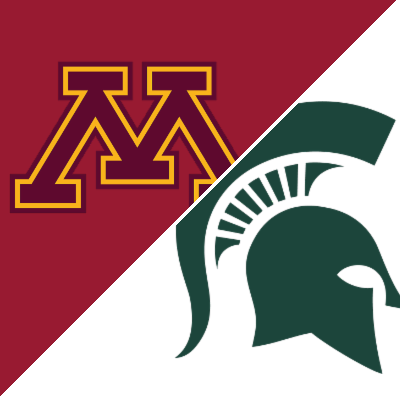 Michigan State will host Minnesota in Big 10 college football action on Saturday September 24th with kickoff scheduled for 3:30 pm est. The Gophers are -3 point road favorites at betonline with a total of 51.

These two teams have played 6 games between them but only one legitimate opponent and that was Michigan State against Washington last week. Otherwise it’s Akron and Western Michigan for the Spartans and Colorado, New Mexico State and Western Illinois for Minnesota.

The Gophers won all three of their games easily in blow out fashion. Hence the big line move in this one where Michigan State opened up as the favorite and is now +3 in spots. Jayden Reed is also listed as questionable.

Last week at Washington the Spartans gave up 503 yards to the Huskies with 397 of those yards through the air thanks to Michael Penix Jr. But the secondary should get a bit of a break this week facing the run first Gophers.

As you can see, the Spartans have won the 5 most recent meetings. Most of them easily though the Gophers have covered 7 of the last 8.

We don’t think this Spartans team is as bad as they looked last week. This is a team that was 11-2 last year and while they lost some key playmakers they still have a core group of guys that were a part of that 11 win team.

Coach Mel Tucker said he took last weeks loss personally. Here’s a quote: “Your resume is on the tape,” explained Tucker. “So like right now, I am a horse-shit football coach right now. Hell yeah I take it personally.”

We’d expect a different Michigan State team this week and Minnesota may be just what the Doctor ordered. While the Gophers have had success running the ball this year, they have yet to face a run defense like the Spartans.

Offensively, Michigan State should find the going much more to their liking against a Gophers defense ranked 110th nationally in sacks and 128th in red zone efficiency.

We look for Michigan State to win this game straight up.