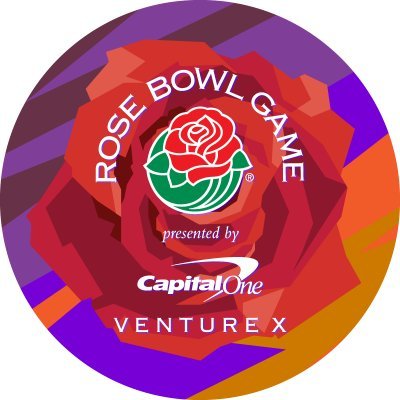 There are a lot of players dropping out of non-CFP bowl games, but that shouldn’t be a problem in the Rose Bowl. This is still a big game and while each team would rather be in the top four, this will have to do. Ohio State was an early -6.5 point favorite with an over/under of 65.5 points for the game in Pasadena.

Motivation shouldn’t be a problem for Ohio State. It’s going to be a month between the loss to Michigan and this game, so that loss has been steeping in the back of its mind for a while. The Buckeyes dominated a lot of teams as usual in the Big Ten, but they still had some growing pains which showed up in the early loss to Oregon and then the finale against Michigan. They are favored in this game, but Utah should present a tough out.

The Utes also had a slow start, losing two of three in non-conference play to BYU and San Diego State before falling at Oregon State in October when they gave up 260 rushing yards. That seemed to light a fire under them as they won their next six games, two against Oregon in which they dominated both. While OSU’s loss to Oregon was early in the season, it’s hard to ignore Utah’s two recent wins against the Ducks by a combined 76-17 scoreline.

Utah’s dominance in the trenches in those games tell the story and that’s how Michigan beat Ohio State. Overall, Utah’s defense doesn’t stand out that much, allowing 20.6 points per game and 3.6 yards per carry, but the second half of the season was different as it gave up 14 points or fewer in four of the last five games.

That’s where Ohio State steps in with a month to prepare under offensive guru and head coach Ryan Day. The Bucks averaged 45.5 points per game and have an offense unlike anything Utah has seen this season. They struggled a bit in the loss to Michigan, averaging 2.1 yards per carry, but that was also in a snowstorm. C.J. Stroud should have no problem airing it out in this game after posting 38 touchdowns and five interceptions on 9.8 yards per pass.

He boasts three receivers who would likely be the No. 1s on any team in the Pac-12 between Jaxon Smith-Njigba, Garrett Wilson and Chris Olave. Running back TreVeyon Henderson may be an afterthought in this matchup, but he still can’t be ignored, averaging 7.0 yards per carry for 1,172 yards and 15 touchdowns.

Utah will hope to win the possession battle by running the ball similar to Michigan. They did whatever they wanted against Oregon and will take that same approach. Running back Tavion Thomas leads the team with 1,041 yards and 20 touchdowns on 5.6 yards per carry, while TJ Pledger and Micah Bernard will get a few carries and quarterback Cameron Rising also has 407 rushing yards on 6.5 yards per carry.

That’s great but if Ohio State gets ahead early by a score or two, running the ball and winning the clock may not be a good strategy. Rising has been fine in his first year as a starter, but he hasn’t needed to do much, throwing for more than 300 yards just once. For the season, he’s at 7.6 yards per pass for 18 touchdowns and five picks.

It would be surprising if Utah won this game via its ground game and rush defense, similar to Michigan. The difference from the Michigan game may be the weather and it’s not something Stroud has to worry about in Pasadena. There’s a chance this passing attack is too much for the Utes and that gets the Bucks out to an early lead which would force Rising into more work than he’s comfortable with. Of course, it’s also possible OSU struggles to contain Utah while also not getting much from its ground game.