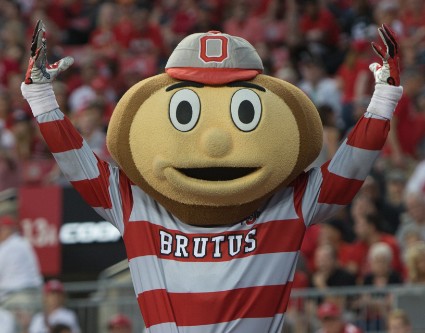 Oddsmakers may have finally been swayed into thinking Ohio State is for real after its last win. The Buckeyes have been somewhat disrespected in recent spreads, partly because of new head coach Ryan Day, but that may no longer be the case. They were early -39 point favorites with an over/under of 59 against Miami Ohio.

Ohio State first smashed Cincinnati 42-0 as a 14.5-point favorite and then dropped Indiana 51-10 as a 17-point road favorite. If they can cover this game, it’s a wonder how much love the Bucks will get in the trip to Nebraska. In comparison for Miami, it already lost 38-14 at Iowa and 35-13 to Cincinnati.

The RedHawks won’t win, but there’s a world in which they cover. The other side to that is if OSU’s defense continues to dominate and Miami doesn’t surpass 10 points. If that’s the case, another 40-point win is in the cards, though that’s still a lot of points.

The problem for Miami is that it doesn’t have much of a run game, averaging 3.0 yards per carry and that won’t work with OSU’s 57 rushing yards allowed per game. In fact, that could lead to disaster because it’s not like quarterback Brett Gabbert is going to exploit the secondary.

The freshman is completing 59.7% of his passes for 7.8 yards per attempt, two touchdowns and one interception. Even worse is that he doesn’t have a touchdown since the Iowa loss.

Miami’s best chance of covering will come through its defense and hope it can contain OSU’s offense, at least somewhat. The problem is that the Buckeyes are more potent than Iowa and better all around than Cincy, both of which almost reached 40 points against Miami.

This offense is also as good as previous versions and while a lot of that is because of Day, Georgia transfer Justin Fields deserves a lot of credit. He was a high-level recruit and has looked the part, completing 70.3% of his passes for 8.9 yards per attempt to go with 114 rushing yards and 13 total touchdowns.

He’s spreading the ball out to top target Binjimen Victor and K.J. Hill, while running back J.K. Dobbins does the rest for the offense, already with 425 rushing yards on 7.1 yards per carry.

Miami isn’t as good as a year ago and that’s seen in its first few games. The offense has taken a step back and the same goes for the defense. Even in a solid 2018 campaign.

Miami gave up tons of points to good offenses, seen in the 40 allowed to Western Michigan and 51 against Buffalo. That could easily happen in this game as this may be the best offense Miami has faced since Notre Dame in 2017 (a 52-17 loss).

This spread is big, but if OSU’s defense keeps rolling, another shutout win isn’t out of the cards. Miami’s offense isn’t a major threat with Gabbert at quarterback and that could open up for the cover.