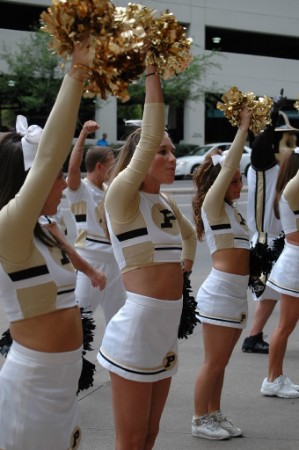 Purdue hosts TCU as -2.5 point home favorites with a current posted total of 51 at 5 dimes sportsbook.

In addition to these teams having never played each other, they are almost the opposite in the way they approach the game. TCU is all about defense and is usually one of the best in the Big 12 on that end, while Purdue is offense first, seen in its quarterback already having close to 1,000 passing yards.

TCU has had one game and it wasn’t a great test, though it failed to cover the 55-point spread. In fact, that performance was somewhat disappointing, mostly because the offense didn’t look much improved from a year ago.

Former Kansas State dual-threat quarterback Alex Delton started, but he split reps with true freshman Max Duggan. Instead of focusing on the ground game against a weaker opponent, TCU let Delton and Duggan air it out.

The problem was that Delton was openly bad, completing 10-of-22 passes on 5.4 yards per attempt. Duggan was slightly better, but he still wasn’t great. This offense should be better than a year ago with most of the skill pieces back like running backs Darius Anderson and Sewo Olonilua and receivers TreVontae Hights and Jalen Reagor, but without a locked down quarterback, there will be questions.

Purdue is making opponents beat them through the air and while Nevada did that in the opener, it needed 17 fourth-quarter points to get the win. The Boilers have been solid against the run, but are giving up huge passing numbers. If Delton and Duggan can’t find success with their arms in this game, it could be a long year for the offense once again.

The question for TCU is if its pass defense can step up because Purdue hasn’t really run the ball. The Boilermakers ran a little more with Zander Horvath against Utah State, but they already have double the amount of passes as runs.

So far, that’s worked as Elijah Sindelar has 932 yards and nine touchdowns while completing 65.4% of his passes on 9.0 yards per attempt. It helps to have playmaker Rondale Moore, who they move around and try to get the ball wherever possible.

Of course, TCU knows all of this and has the bodies to keep up defensively, at least that’s the hope for the road team. This defense was good last year, but it also struggled on the road and not only lost by 37 to pass-heavy West Virginia, but also to lowly Kansas.

In a lot of those losses, the consistent thing that opponents did against TCU was run the ball after gaining an early lead, and that even included Texas Tech. If Purdue can get an early lead through Sindelar, it’s a wonder if they’ll take the same approach with Horvath. If they can do that, an upset is possible, especially at home.

The Horned Frogs are 1-6 ATS in their last seven following an ATS loss and the Boilermakers have covered in their last four at home against a team with a winning record.