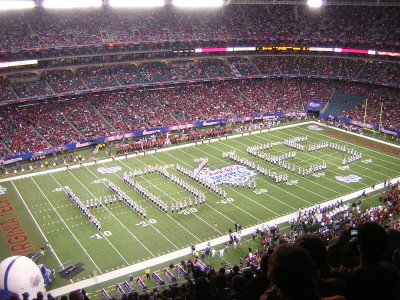 $60 in actual member picks FREE from Docs Sports! - Complete with a PROFIT GUARANTEE! Click Here
The Virginia Tech Hokies opened as whopping 26 point favorites over the Old Dominion Monarchs, but action from bettors has pushed the line all the way to 28. The public is backing Virginia Tech to the tune of 56% of bets. The total opened at 59, but has dropped like a rock all the way down to 54.5

Virginia Tech has a revenge angle as they were stunned 49-35 by Old Dominion last year, a game in which the Monarchs manufactured 28 points in the fourth quarter. This is a program with lots of pride and you can bet they have this game circled on the schedule.

Can Hokies Defense get back on Track?

Virginia Tech opened the year with a 35-28 loss to Big East foe Boston College, a game in which famed defensive coordinator, Bud Foster, was drilled for 35 points. The Hokies defense was scorched both on the ground (157 yds) and through the air (275 yds).

Foster, in his final season, will have to conjure up some of his coaching magic if this team is to have any chance of playing to the level Virginia Tech fans have come to expect.

The key matchup could be the Hokies patchy run defense against the running backs of Old Dominion. Conventional wisdom tells us the run sets up the pass and new Monarchs QB Stone Smartt can’t do all of the heavy lifting by himself.

Luckily for Hokies faithful, a game against Old Dominion could be just what the doctor ordered. The Monarchs, in their 10th season overall and sixth as a member of Division I Conference USA, won their season opener 24-21 over rival Norfolk State on the strength of a late run from freshman RB Lala Davis.

QB Stone Smartt completed 17 of 23 passing attempts for 158 yds and an INT. Even though they won you could say they badly underperformed as they were 25 ½ point favorites and didn’t even come close to covering.

Virginia Tech will be eager to show that last years disgraceful loss was nothing more than a fluke. The four TD spread says the bookmakers and bettors think it was, but as the saying goes, “that’s why they play the game” and we won’t know until they step on the field.

Senior signal caller Ryan Willis must do a better job if Virginia Tech is going to successfully reboot their season with a win. He completed 29 of 47 passing attempts for 344 yds, four TDs and three INTs against Boston College.

The turnover differential, 5-1, was arguably the difference maker in that game as it is in many games. If Willis takes care of the football it will go a long way towards a rebound win for the Hokies.