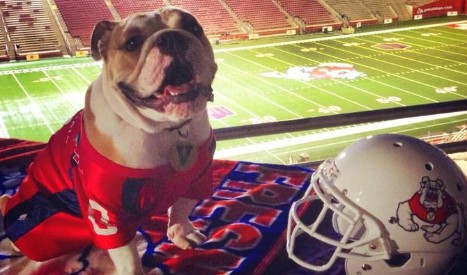 Minnesota and Fresno State aren’t much different than each other. They both take a bruising approach and prefer to win lower-scoring games.

Last year was a defensive slug fest which was 10-7 at the end of three quarters. The scoring finally started in the fourth with Minnesota putting together a late 10-play drive to go up and win 21-14.

After the first week of games, it appears nothing much has changed for these teams. Minnesota is expected to be slightly better, though that’s because Fresno is working in a few new pieces and its defense is unlikely to reach last year’s levels.

Gophers on the Road as a Fav?

However, betting on the Gophers as a road favorite won’t be easy. They struggled to put South Dakota State away last week and needed a late turnover to set up the game-winning touchdown.

Tanner Morgan was thought to be an upgrade at quarterback, but he wasn’t asked to do much with his arm and only managed eight rushing yards. While Rodney Smith and Mohamed Ibrahim can be a great duo in the back field, they still averaged just 3.1 yards per carry as a team against the Jackrabbits.

That’s a minor worry for the offense given that this is a road trip across half the country and Fresno still has a great defense despite what happened against USC. Minnesota’s caliber of talent is a bit different than USC’s and it wouldn’t be surprising if both teams finished with less than 20 points.

The other worrying part to Minnesota’s first game was that it allowed 174 rushing yards on 5.1 yards per carry. Sure, SDSU is a good FCS school, but its quarterback completed 13-of-26 passes and still almost beat Minnesota.

Fresno’s offense may not be elite, but new quarterback Jorge Reyna showed some flashes against USC and could be a pain for Minnesota to stop. The problem for Minnesota is that Reyna is a dual-threat quarterback unlike former starter Marcus McMaryion.

He adds another dimension to the offense, which led to a covering effort against the Trojans as he threw for 256 yards and ran for 88 more. This offense may not be good, but a mobile quarterback could be a real problem for a Minnesota defense which has a couple new linebackers.

The Gophers took things easy in their opener, but they still aren’t a team that’s going to win games easy, at least against ones with good defenses.

Both teams will struggle to score and it may be better to take the MWC school playing at home unless you think Minnesota head coach P.J. Fleck handing out Batman pez dispensers as motivation will do the trick.

The under has hit in Minnesota’s last four non-conference games, as well as Fresno’s last four against a team with a winning record.