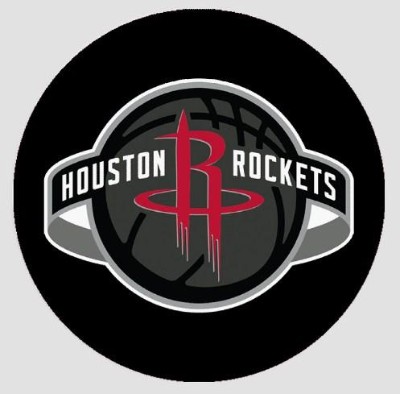 On Sunday night the new-look Houston Rockets take on the Utah Jazz, who recently snapped a losing streak.

The Jazz had lost five in a row before a 117-114 home win over the Portland Trail Blazers in their last game. They sit in the fourth spot in the Western Conference only a half a game up on the Rockets.

The Rockets are going with a unique small-ball approach for the rest of the season after they recently traded away big man Clint Capella and getting Robert Covington. They feature a main lineup that does not have a player over 6’6” and they jack up a ton of 3-pointers. With Capella gone, there is no big man in the paint and Russell Westbrook, who has been on fire for the last few weeks, has carte blanche to take it to the rack.

The Rockets had their four-game win streak end in their last game with a 127-91 blowout loss to the Phoenix Suns.

In the lone meeting between these teams, this season on January 28th in Utah the Rockets beat the Jazz 126-117.

In the Jazz’s win over the Trail Blazers, there was controversy when Damien Lillard’s shot was blocked late by Rudy Gobert, which looked like an obvious goaltending call. There was no call and Portland loss and after the game, even Gobert admitted it was goaltending. Still, a win is a win and Utah is back in the W column.

In the win over Portland, the Jazz came back from a 14-point halftime deficit. They shot a better FG% 49.5% to 45.4% but had 15 turnovers. In the game, every Jazz starter scored in double figures led by Bojan Bogdanovic with 27 points and Gobert had 16 points and 14 rebounds.

Utah has six players averaging in double figures with two averaging over 20 ppg in Donovan Mitchell (24.3 ppg) and Bogdanovic (21.2 ppg). Mitchell has only totaled 34 points in his last two games wherein both he failed to shoot over 37.5% from the floor.

The Jazz rank in the middle of the pack in the NBA in terms of ppg and are led by a defense that ranks sixth in the league in opponents’ points allowed.

Impressive, and then Not-So Impressive

In their first game with their small-ball approach the Rockets were impressive in a win over the Lakers in La La Land but then were blown out by 36 points in their last game.

In their 127-91 loss to the Suns the Rockets failed to show up after halftime being outscored by 26 points in the second half only scoring 36 points. Houston only shot 34.1% from the floor, only went 11-48 from 3-pt land, and they allowed Phoenix to shoot 55.8%.

Harden had 32 points in the bad loss to the Suns, not other Houston player scored more than 14 points, and Westbrook did not play.

Westbrook sat out the game for rest on the second leg of a back-to-back, but he will play in this game. He is averaging 26.7 ppg and in his last six games is averaging 35.2 ppg. Harden leads the NBA averaging 35.3 ppg and he only had 14 points in the win over the Lakers before going for 32 points in the last game against the Suns.

Houston has had their issues on defense this season, but they are the second-highest scoring team in the league.

The Jazz have failed to cover the spread in their last six games and the Rockets had covered in three straight games before failing to do so in their last game.

The Jazz are 0-6 ATS in their last six games but I do not see that trend continuing. Gobert will give the small-ball Rockets issues and while Westbrook and Harden will get their points the Jazz will keep up with them. This game in the Lone Star State will be a close one and while the Jazz may not get the W they will, at least, cover the spread.