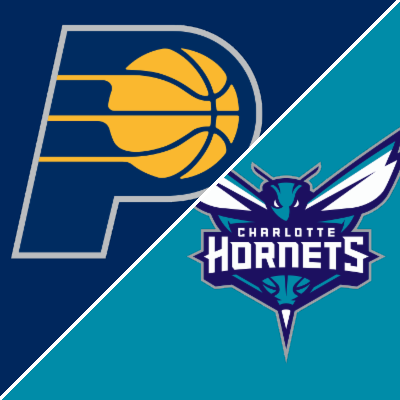 In the first play-in game the in the Eastern Conference the ninth seed Pacers host the 10th seed Hornets. The winner of this game will face the loser of the Wizards vs. Celtics game where the winner will be the eighth seed for the playoffs. This game can be seen on national TV on TNT.

The Pacers are a 3.5-point favorite in this game with the total sitting at 231.

The Pacers won their last game of the season and while they lost their previous two games they were close losses against the Lakers and Bucks. The strength of the team is the offense, which ranks tied for sixth in the league in ppg (115.2 ppg) and they will be facing a Charlotte team that only ranks 20th in the league giving up an average of 112.7 ppg.

While the Pacers are the betting favorite in this game they lost two of three games against the Hornets this season including losing in the lone home game against them. The last meeting was at Indiana where the Hornets won 114-97 where they covered the spread after failing to do so in their previous four trips to Indiana.

The Hornets got a big lift when star rookie LaMelo Ball (15.7 ppg 5.9 rpg 6.2 assists per game) came back from a wrist injury. His play will be key in this play-in game, but he is only 17 for 55 over his last four games and has failed to score over eight points in three of his last six games.

Terry Rozier (20.4 ppg) led the Hornets in scoring on the season and he scored 22 points in the season finale after only totaling 26 points in his previous two games. Gordan Hayward (19.6 ppg) was solid in his first season in Charlotte and brings playoff experience but he only scored 13 points in each of his last two games.

The Hornets are not a great defensive team but held the Pacers to 105 points and 97 points, respectively, in the last two games facing them, which were both wins.

Keep Up the Scoring

The Pacers are led by their offense and their scoring has been solid as of late and that needs to continue. They did not score well in their last two games facing the Hornets, both losses, and their scoring is even more important in this game, as they will likely be without Myles Turner, who is the team’s best rim-protector, who would have led the league in blocks (3.4 per game) if he played in enough games to qualify.

Brogdon missed the last 10 games of the regular season with a hamstring injury and is listed as questionable for this game. LeVert left the last game with a migraine after scoring 13 points but will go in this game and previous to the last game totaled 52 points in his two games before that.

Sabonis also led Indiana averaging 11.9 rpg and in the season finale win over the Raptors he went for 25 points and 16 boards after totaling 26 points and 19 boards in his previous two games.

Even with the injury concerns for the Pacers and even though they lost two of three games facing the Hornets Indiana is still the pick in this game. They have a lot of playoff experience while Charlotte does not and the Hornets ended the season terribly losing their last five games. I see the Hornets giving the Pacers a game but Indiana has too much scoring and at home they will win and cover and move onto the next play-in game.