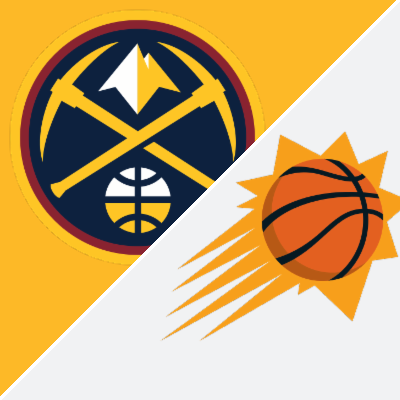 The Suns put on a scorching offensive performance in the Game 1 blowout win and look to take a 2-0 series lead at home. This Western Conference playoff game can be seen on TNT.

The oddsmakers have the Suns as a 6-point home favorite in Game 2 with the total sitting at 221.5.

In the opening game of this series the Suns beat the Nuggets 122-105. They took over in the second half and shot a solid 54.1% from the floor with Denver shooting 46.7%. The Nuggets had won both games during the regular season on the road facing the Suns before the Game 1 loss.

The Suns have won four in a row and they covered the spread in all of those games.

Denver has been a solid defensive team on the season but in the Game 1 loss gave up 11 more points than their season average. They also lost Game 1 of their last series with the Blazers before winning the series in six games.

While the Nuggets failed to cover the 6-point spread as an underdog in Game 1 they are still 7-3 ATS in their last 10 road games against the Suns.

Losing it in the Second Half

In the Game 1 loss the Nuggets were up one point at the half but were outscored in the second half by 18 points.

Nikola Jokic (26.4 ppg 10.8 rpg) led the Suns with 22 points but. Went cold in the second half only scoring seven points. He had totaled 74 points in his previous two games and he needs to hold onto the rock with nine turnovers in his last two games.

Denver needs to get back to playing good D and scoring, as in the Game 1 loss they only scored 105 points while in their last two games of the Portland series they scored 126 points and 147 points respectively. On the defensive side of the court they allowed the Suns to shoot 64% from the floor in the second half and that cannot happen in Game 2 or the Nuggets will be going back home down 0-2.

The Old Man Still Has Game

In the Game 1 win Chris Paul (16.4 ppg) came up big going for 20 points and 10 assists and became only the third player ever to be at least 36 years old and go for 20 points and have 10 dimes in a playoff game. Paul scored or assisted on 20 of the last 34 ponts in the game.

Ayton had only totaled 16 point and grabbed 10 boards in the last two games of the Lakers’ series. If he can score and play D on Jokic like he did in the second half of the last game the Suns will be tough to beat.

The Suns are on fire, no pun intended, have covered in six of their last eight home games and have covered in seven of their last seven games as a home favorite. However, those trends will not continue. The Nuggets lost badly in Game 1 of the last series and rebounded with a win. They will regroup in this game and play better on both sides of the ball, not get killed in the second half, and Jokic will have a big game. I see a closer contest in Game 2, so take Denver and the points.