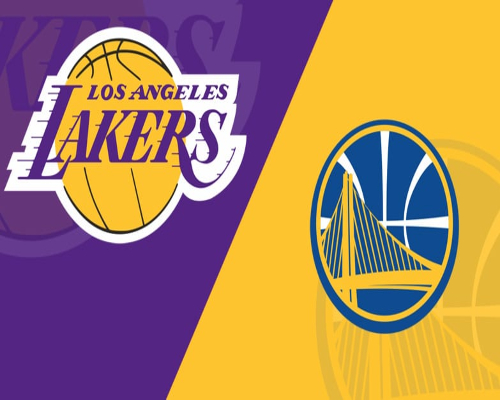 The defending champion Lakers have a lot of health questions heading into this play-in game with the Warriors, who ended the season en fuego. The winner of this game will be the seventh seed in the playoffs and the loser will face the winner of the Spurs vs. Grizzlies game where the winner will be the eighth seed. This game can be seen on national TV on ESPN.

The hometown Lakers are a 6.5-point betting favorite in this game with the total sitting at 222.5.

The Warriors ended the season winning their last six games and they have won eight of their last nine games. Steph Curry (31.8 ppg) led the league in scoring and many are tabbing him for another MVP award.

The Lakers also ended the season well winning their last five games. LeBron James missed much of the second half with an ankle injury and while he tweaked it in the last game he will play in this one. Anthony Davis has also been banged up but will ready to go against the Warriors and Dennis Schroder came back in the last two games after missing two weeks on the COVID-19 list.

The Lakers beat the Warriors in the first two meetings this season but lost to them in the last game where AD and King James were in the lineup.

Curry Has to Keep Lighting It Up

Curry led the league in scoring and in the season finale he put up 46 points. He scored at least 34 points in four of his last five games. Steph has to step up in this play-in game and in the three games against the Lakers this season he “only” averaged 23 ppg.

Not only do the Lakers have injury issues but for Golden State rookie James Wiseman (11.5 ppg 5.8 rpg) was lost for the season in April and Kelly Oubre Jr. (15.4 ppg) is likely out for the play-in games.

Andrew Wiggins (18.6 ppg) needs to help Steph out and he did so in the last two games totaling 59 points as well as 17 rebounds.

Jordan Poole (11.9 ppg) has stepped up his play as of late averaging 21.8 ppg over his last five games.

Will the King Return at the Top of His Game?

Ok, so King James (25 ppg) will play in this game but will he be 100%? That is the big question. In the last two games of the season after missing some games he played pretty well totaling 49 points and 14 assists and shot 50% from the floor in both games.

When the Lakers hit 10 or more 3-pointers this season they were 30-19, so guys like Kentavious Caldwell-Pope, Wesley Matthews and Ben McLemore have to nail some bombs from outside.

The Warriors have covered the spread in their last six games while the Lakers had failed to cover in three straight before doing so in their last game of the regular season.

Many experts are warning that this could be a tough for James and company, as Curry can go off at any time. However, in all three games facing the Lakers this season Steph scored below his season average. I look for playoff mode from James and AD and because of that they will roll over the Warriors winning and covering the spread.