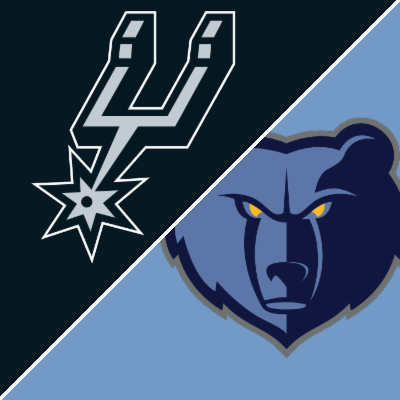 In a Western Conference play-in game the Grizzlies host the Spurs, who ended the season losing their last four games. The winner of this game will face the loser of the Warriors vs. Lakers game where the winner will be the eighth seed in the playoffs.

The Grizzlies are a 3.5-point home betting favorite in this game with a total of 225.

The Grizzlies lost their last game, which snapped their five-game winning streak. They are a more balanced team than the Spurs ranking 14th in the league in ppg and 10th in opponents ppg.

The Spurs beat the Griz in their first game of the season on the road but lost both home games facing them.

One of the main reasons the Spurs struggled down the stretch is they lost their third leading scorer in Derrick White (15.4 ppg) for the rest of the season with an ankle injury.

DeMar DeRozan (21.6 ppg) led San Antonio in scoring this season and he totaled 50 points in the last two games and in his last four games shot at least 52.9% from the floor in each one.

Dejounte Murray (15.8 ppg) is the second leading scorer and he struggled at the end of the season. His defense facing Memphis PG Ja Morant (19.2 ppg) may be more important and while Murray is a more than solid defensive player Morant averaged 25.3 ppg and 9.3 assists per game in the three games facing the Spurs this season.

A couple of things the Spurs have going for them is that the beat the Griz on the road this season and were a much better team on the road (19-17) than at home (14.22).

Get Back to Solid D

The Grizzlies gave up 113 points in losing to the Warriors in their season finale while in winning their previous five games they only gave up an average of 105.8 ppg.

Memphis is a balanced team that has several players averaging in double figures. Morant needs to get back on track after struggling in the last two games of the season where he only totaled 28 points on 37.5% shooting.

Dillon Brooks (17.2 ppg) is the team’s second leading scorer and while he did not shoot lights out at the end of the season he did average 20.8 ppg over his last four games.

Jonas Valanciunas (16.9 ppg 12.5 rpg) ranked third in the league in rebounding and he ended the season on fire averaging 22.9 ppg and 15.3 rpg in his last four games. His play will be key facing a San Antonio team that does not have much inside presence in the paint.

The Grizzlies have failed to cover the spread in four of their last five games including their last three. However, those trends will not continue in this game. Memphis has the more balanced team, and they ended the season much better than the Spurs, who lost 10 of their last 12 games. Morant and company will play well at home, especially on the defensive side of the floor, and they will win this game and cover the spread.