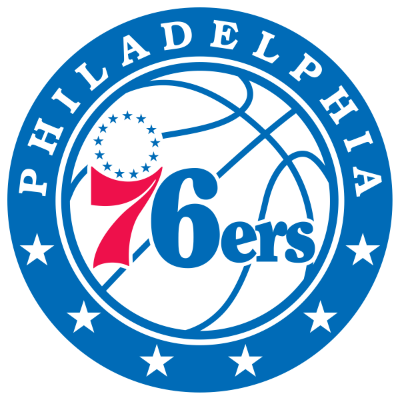 The Heat have won three in a row and they look hot hosting the 76ers, who had their winning streak snapped in their last game. This big Eastern Conference game can be seen on TNT.

(This preview is posted for this Thursday game before the trends and odds are out and check back, as they will be posted soon.)

The 76ers had their eight-game winning streak snapped in their last game with a loss o the Indiana Pacers. The team has the best record in the Eastern Conference and they are two games up on the Brooklyn Nets with only three games remaining.

On the season Philly has been balanced ranking 12th in the league in points per game and seventh in points allowed per game.

The Heat have won three in a row and six of their last seven games. They are in a dogfight with the New York Knicks and Atlanta Hawks for the fourth spot in the East and to host a first-round playoff game. As of Monday Miami was tied with those two teams in the standings.

Miami is led by their defense, which ranks fourth in the league only giving up an average of 107.6 ppg. That is the exact number the Heat have averaged in the scoring department and while they only rank 25th in ppg they have averaged 126.7 ppg in their three-game win streak.

The Heat have lost both games facing the 76ers this season but both of those games were in Philly.

Falling Apart in the Second Half

In their last game the 76ers were on the road and lost to the Indiana Pacers 103-94 where they only scored 32 points in the second half. Tobias Harris was the leading scorer for the team going for 27 points and Ben Simmons went for 20 points and eight rebounds.

Joel Embiid (29.2 ppg 10.7 ppg) leads the 76ers in scoring and rebounding and he did not play in the loss to the Pacers with a non-COVID-19 related illness. He should go in this game and has shot at least 55% from the floor in his last three games where he has averaged 33.3 ppg.

Harris is the second leading scorer at 19.7 ppg and he had failed to reach his average in three straight games before doing so in the last game.

Killing it In Boston

The Heat’s last two games have come against the Celtics in Boston and those wins were big, as it assured the team they would not be in the play-in games for the post-season.

In the last game the Heat beat the Celtics 129-121 where Tyler Hero came off the bench to go for 24 points and Bam Adebayo and Duncan Robinson each went for 22 points.

Jimmy Butler leads Miami averaging 21.5 ppg and he has a minor eye injury and only played in 17 minutes in the last game. He scored 13 points in the game while in his previous two games combined for 51 points and he is listed as questionable for the 76ers game.

Adebayo (18.9 ppg 8.9 rpg) has scored at least 20 points in his last two games while in his previous two games only totaled 26 points.

Hard pick in this one, as it remains to be seen if Butler or Embiid will play. Both teams still need to play hard, as the 76ers can wrap up the East with a win and the Heat need to finish strong to get the fourth spot in the East. Unlike last season Philly has been pretty solid on the road this season and I am going with them in this game, as they will get the W and sweep the season series against the Heat.