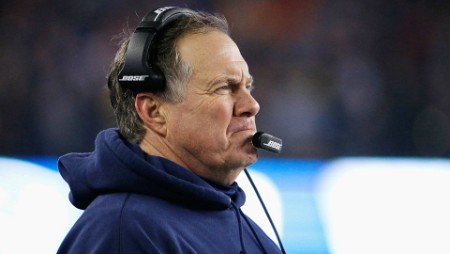 The defending champion Patriots head north to Buffalo to take on the Bills where they are a seven-point favorite with a total sitting at 42.5.

The big question most experts have been asking is, are the 3-0 Bills for real? They have played three teams that have a combined one win between them but in the NFL a win in is a win and you be sure this game will be a big test for them.

No surprise the Pats are 3-0 and even with them releasing Anthony Brown they are more than stacked. They have played a weak schedule, so far, as well but they have outscored their opponents 106-17 and have dominated on both sides of the ball.

Last season the Patriots beat the Bills twice and only held them to 18 points in the two wins.

In their last game the Patriots beat the New York Jets 30-14 where their defense was dominant only allowing 105 total yards. They stuffed the run and the pass and they were up 20-0 at the half.

Tom Brady passed for over 300 yards with a couple of TD and no picks and Josh Gordon led the team with 83 receiving yards. Brown would have would have been a solid piece to the New England offense but with Gordon and Julian Edelman New England still has a great WR corps and Brady has 911 passing yards with seven TD and no INT on the season.

New England only rushed for 68 yards in the win over the Jets with Rex Burkhead leading the way with 47 rushing yards.

The run game for NE only ranks 20th in the league in rushing yards per game but 2nd in passing yards per game. They will be up against a Buffalo D that is only giving up an average of 15.7 ppg.

The Bills are 3-0 and they are at home but in the AFC East the litmus test is how you match up with the Patriots.

In the Bills last game, they beat the Cincinnati Bengals 21-17 where it was key that they ran the ball well and forced four turnovers.

2nd year QB Josh Allen passed for 243 yards against Cincy with one TD and one INT, Frank Gore rushed for 76 yards and Allen chimed in for 46 rushing yards. Allen is a young player, Gore is an old man, and the Bills have a less than stellar WR corps. Still, they are 3-0 and at home and they have a run game that ranks 5th in the league in rushing yards per game.

The Bills are up for a rude awakening in this game, as they are 3-0 but nowhere near where the Patriots are at. Brady and company will carve up the Buffalo defense and the New England defense will keep Allan and company in check. The Pats will easily win this game and cover the spread showing why they are still the team to beat in the NFL.