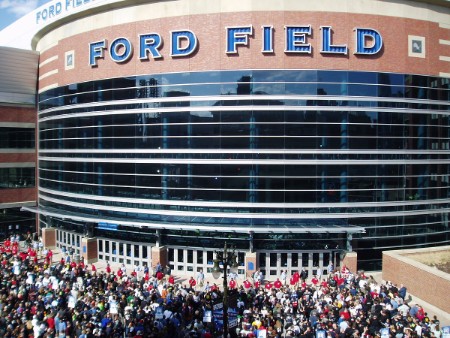 The Lions host their annual Thanksgiving Day game and this season they are a 5.5-point home underdog with a total sitting at 39.

The public has backed the Bears in this NFC North matchup, which is not surprising with the Lions’ losing streak and with them playing their 3rd string QB, as this game opened as a Pick and as of Wednesday night Chicago is a 5.5-betting favorite.

The Lions’ season has bottomed out, as they are not only without their starting QB in Matthew Stafford but are now down to 3rd string QB undrafted rookie David Blough, who will be making his NFL debut. On top of that, they have lost four in a row and in their last game they lost 19-16 to a Washington Redskins team that came into the game with one win.

The Bears have gotten over their four-game losing streak by winning two of their last three games but at 5-6 they are still a longshot to make the playoffs. The last playoff spot in the NFC is occupied by the Minnesota Vikings, who are 8-3 and to say the Bears’ remaining schedule is killer would be an understatement. After this game, they have to face the Cowboys, Packers, Chiefs, and Vikings.

Chicago has the defense, which showed in their 19-14 win in their last game over the New York Giants, but the offense is still a major issue. They are only averaging 17.1 ppg, which ranks 28th in the NFL, and Mitchell Trubisky has the league’s 31st ranked QBR.

These teams met a few weeks back in Chicago where the Bears beat the Lions 20-13 and, in that game, Trubisky tied a season-high with three TD. Chicago covered in that game and they are 5-1-1 ATS in their last seven games facing the Lions.

Rely on the Defense

In their win over the Giants in their last game, the Bears had another great performance on defense holding New York to only 243 yards. They also came up big on D in the clutch with the Giants only converting one of their 12 3rd downs.

Trubisky had two INT in the Giants game but did pass for 278 yards and a TD and WR Allen Robinson III had a career-high 131 receiving yards.

Trubisky has taken most of the heat for the Bears and their lack of offense but it is not all on him. He does not have a good WR corps and the Chicago run game only ranks 29th in rushing yards and in the New York game they only had 65 yards.

David Montgomery leads the Bears in rushing yards on the season (519) and while he had 60 rushing yards in the recent Lions’ win, he averaged 3.5 yards per carry. In his last two games, he has rushed for 22 yards and 31 yards respectively.

The Bears have simply been bad on offense for the season but at least they will face a Detroit defense that ranks 24th against the run and 3rd to last in the league against the pass.

The Lions loss to Washington came facing a Redskins’ offense that ranks dead-last in the NFL. On top of that, the Skins’ defense was torched for 34 points in their previous game facing a Jets’ team that has the 2ndworst offense in the league.

Jeff Driskel has started three games for the Lions, and he had played decent until the Washington loss where he had three INT and only passed for 207 yards. Now Blough will get the start so the Lions may lean more on the run game.

If there is one silver lining for the Lions is that they may have found a diamond in the rough in rookie RB Bo Scarbrough. He was signed just two games ago and, in those games, rushed for 153 yards and ran for 98 yards averaging 5.4 yards per carry in the loss to the Redskins.

Stafford will not go in this game but has stated he wants to get back on the field this season.

The Chicago defense is solid and balanced ranking 9th in the league in pass defense and 8th in run defense.

The Bears have won three in a row over the Lions and the favorite is 4-0-1 ATS in the last five games between these division rivals.

The Lions have failed to cover the spread in their last six games.

The Lions do not have much to be thankful for this season and that will continue in this game. Chicago will play a great defensive game and their offense will do just enough to get the win. This turkey-day game will be a close one, but the Bears will come out victorious and cover the spread keeping their slim playoff hopes alive.