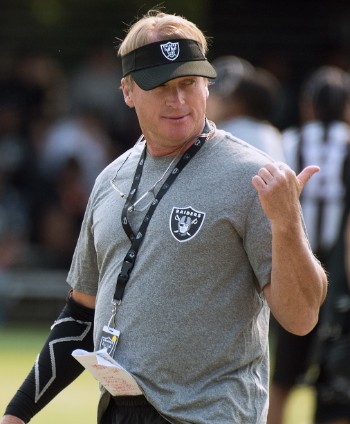 We are now in the second half of the season and certain games can be categorized as “must win” and for the Chargers this falls into that category. They are 4-5 and face division rival Oakland who is also fighting for a potential wild card spot as they are 4-4.

The Chargers are fresh off of their biggest win of the season, as they beat Green Bay 26-11. The defense really shined against the Packers and Aaron Rodgers as they held him to 161 yards while also stuffing the run as they held the entire team under 50 yards rushing.

Rivers led the offense to 6 scoring drives, four field goals and two 1 yard Melvin Gordon touchdown runs.  It was a solid victory all across the board, and one that Charger fans hope can give them the momentum to put together a 4 or 5 game winning streak, which would put them back in the hunt for the playoffs.

Oakland got back on the winning way last week as they narrowly edged out the Detroit Lions 31-24. Derek Carr looked great, he had 289 yards and 2 touchdown passes, both came in the 4th quarter as he out dueled Matthew Stafford, who had over 400 yards and 3 touchdowns.

Rookie running back Josh Jacobs continued his trek to be rookie of the year, as he had 120 yards and two touchdowns this week, putting him at 740 yards and 6 touchdowns on the season. He has been everything Jon Gruden hoped he would be and more, as Carr needs a solid running game each week to lean on because when Gruden puts too much of the load on Carr bad things tend to happen.

Defense is really going to separate these two teams this week. Oakland is allowing 27.0 ppg, while LA is 8th in the league in only allowing 18.7 ppg. The key will be turnovers, both defenses rank near the bottom of the league in creating turnovers, whoever can step up and make that big play will have the big advantage this week.

The Chargers come into Oakland this week as 1 point road favorites. If Oakland can continue to run the ball at the same pace as the last few weeks and Carr can limit mistakes I see a clear path for the Raiders to win this game.

The over/under at 48 seems high especially for a Thursday night game, as the over has hit in only 4 of the 9 games this year.