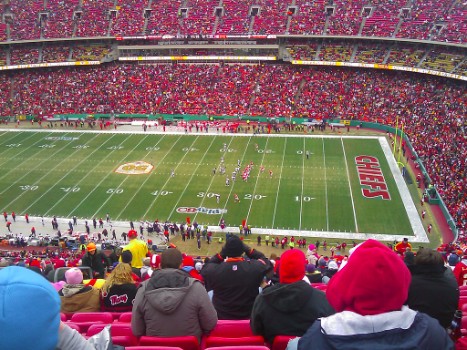 The Vikings have won three games in a row and they are a 3-point road betting favorite facing the Chiefs and the main reason is reigning MVP Patrick Mahomes is likely out.

The public has slightly backed the Vikings in this game, as they opened as a 2.5-point favorite and as of Tuesday are a 3-point favorite.

The Chiefs have not only lost three of their last four games, but all of those losses were at home. Mahomes practiced even before the Chiefs last game, which they lost 31-24 against the Green Bay Packers, but still will probably be on the sidelines for this game.

The Vikings are coming off a 19-9 win over the Washington Redskins last Thursday and they are right on the heels of the Green Bay Packers in the NFC North. Minnesota totaled 80 points in two wins before only scoring 19 points in the win over Washington.

The Vikings have not played a weak schedule as of late but in their four-game win streak not one of the teams was over .500.

Taking it to the Minnow

In their win over the one-win Redskins in their last game the Vikings dominated outgaining Washington 434 yards to 216 yards.

Kirk Cousins has really stepped up since being called out for poor play. He has 10 TD and only one pick in his last four games and in the win over Washington he did not have a TD but also did not have an INT and was 23/26 for 285 yards.

Like Cousins lead WR for the Vikes Stefon Diggs has gotten back on track with three straight games with at least 143 receiving yards.

Dalvin Cook leads the NFL in rushing yards, and he rushed for 98 yards in the win over the Redskins. Obviously, his play is key in this game, but the RB who is averaging 5.3 yards per carry will be facing a Kansas City run defense that ranks 3rd to last in the league.

Moore was not the Main Problem

In the Chiefs 31-24 loss to the Packers in their last game backup QB Matt Moore was not the issue. He had a good game but KC only rushed for 88 yards and the defense had no answer for Aaron Rodgers, who passed for over 300 yards.

McCoy rushed for 40 yards in the Packers game, but he averaged 4.4 yards per carry and is averaging 5.2 yards per carry on the season. His workload has been limited but KC head coach Andy Reid may give him free reign in this game with star Mahomes on the sidelines.

Minnesota ranks in the top eight in the league in run and pass defense.

Our Prediction The Vikings are on the road in this game and in the last five games between these teams the road team is 4-0-1 ATS.

I don’t think Mahomes will play and because of that his team in the Chiefs will not get the win. Look for Cook to have a big game on the ground and for Minnesota’ defense to contain the run and keep Moore from having a big game. This game is in Kansas City but the road team in Minnesota is the pick without the reigning MVP under center for the home team.