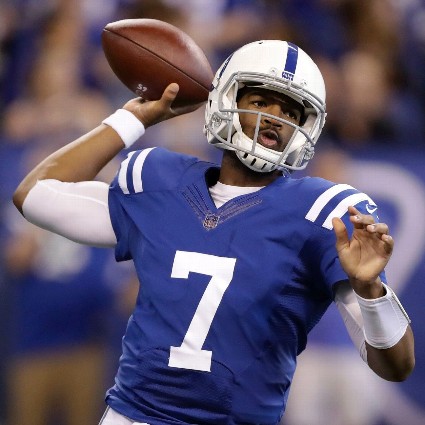 In a non-conference matchup between two teams that got their first win in their last game the Colts are a slight 2-point home favorite against the Falcons with a total of 47.

The Falcons beat the Philadelphia Eagles 24-20 in their last game but made a lot of mistakes and they kept giving Philly a chance to win the game. That game was at home and the Falcons failed to cover in the first game of the season, which was on the road, and are only 1-5 in their last six road games

The last time these teams met was in the 2015 season.

The Colts beat the Tennessee Titans 19-17 in their last game with a decent ground game and solid defense. They are transitioning to running the ball more, but will that work against the Falcons, who stuffed the run in their last game.

The Colts have covered the spread in five of their last six games going up against the Falcons.

Ryan has big game but……

In the Falcons 24-20 win over the Eagles Matt Ryan had a big game passing for 320 yards with three TD but he was also picked off three times and got little help from the run game.

Julio Jones was the big hero in the win over the Eagles taking a 4th down play to the house with just over two minutes left in a 54-yard score. Jones and Calvin Ridley both had over 100 receiving yards in the game, but Atlanta only rushed for 57 yards.

A lot was expected of RB Devonta Freeman this season, but he has only rushed for 41 yards this season and in the Eagles’ game only picked up 22 yards on the ground averaging a weak two yards per carry.

Ryan has to limit his mistakes and allow Freeman and company to help out to keep the Colts’ defense on their toes.

The Colts beat their AFC South rival in the Tennessee Titans 19-17 in their last game where they played solid defense holding the Titans to 22 yards.

With Andrew Luck suddenly retiring just before the season the Colts hand the reigns to Jacoby Brissett. Brissett passed for 147 yards in the win over the Titans and had three TD’s and one pick.

With Luck gone the Colts have stated they will lean more on the run and while they rushed for 167 yards in the win over Tennessee 55 yards came on one run from Jordan Wilkins.

He led the team with 82 yards on the ground and lead back and last season’s leading rusher for Indy Marlon Mack only rushed for 51 yards in the Tennessee game and only averaged 2.6 yards per carry.

The pass defense of the Colts will be key in this game and against the Titans they played solid in that area but gave up over 300 yards in the air in their season opening loss to Phillip Rivers and the L.A. Chargers.

Will Ryan limit his mistakes in this game? Will the Colts be able to run the ball? Those are both bog questions for this non-conference matchup.

Our model has the Colts winning this game by at least a TD and also suggests under the total of 47 might be worth a look.