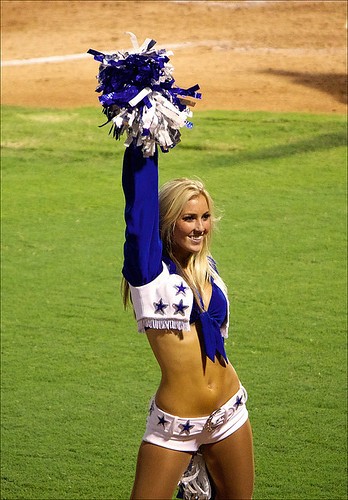 The Dolphins opened as 16 point underdogs against the Cowboys this week but bettors quickly cast their vote against this pathetic team. Dallas is now a 21.5 point favorite with a total of 47 at 5 dimes sportsbook.

Many people are jumping on the Cowboys as Super Bowl contenders, but their two wins have come against the Giants and the Redskins, who have combined for zero wins this season.

The road team has covered the spread in the last four games between these teams, but the Dolphins have only covered in one of their last seven road games.

One More Game, One More Blowout

After getting crushed at home in their season opener the Dolphins were at home in their last game as well losing to the New England Patriots 43-0. Miami has been outscored 102-10 in their two games this season and not only are they lacking talent but recently traded away 2018 first round draft pick S Minkah Fitzpatrick.

In their last game the Dolphins were shut out at home against the Patriots giving up 43 points where the D was not that bad, but the four turnovers did not help.

Ryan Fitzpatrick got the start and did not do much except throw three INT and Josh Rosen came in passing for 97 yards with no TD and a pick. Look for Rosen to get the start in this game to start his audition to be the team’s starting QB going forward.

The Miami WR corps is thin and they only rushed for 42 yards in the loss to the Pats with Kenyan Drake leading the way with 19 yards on six carries.

The Dolphins have severe issues on both sides of the ball, and many are calling them the worst team ever and this is only after two games.

Cowboys are Rolling but for How Long?

The Cowboys have won their first two games with their offense looking great but how long will that last? They not only play the Dolphins at home in this game but their next one is against the Saints without Drew Brees. The Cowboys are rolling but have a much tougher schedule as the season progresses.

Dak Prescott has been on fire in the first two games and it looks like he will soon be getting a big contract. He passed for 269 yards with three TD and one INT against the Redskins in his last game also rushing for 69 yards and Ezekiel Elliot rushed for 111 yards.

The Cowboys are at home and facing the hapless Dolphins, but will Dallas keep their key guys in the game if they get up big?

This game will be a laugher and the Cowboys will put this game away early. However, I see Rosen having a decent game and the Dolphins have nothing to lose. Getting 21.5 points Miami will cover the spread putting up a few points in the process, which will give the team a glimmer of hope.