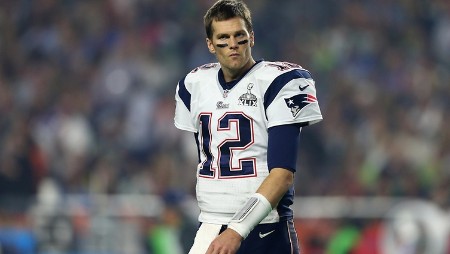 In the first Sunday night game of the NFL season the defending Super Bowl champion Patriots are 6-point home favorites as of mid-July hosting the Pittsburgh Steelers and a total of 51.5.

The Patriots won the Super Bowl for the 2nd time in three seasons last season and not much has changed for the team. It seems like it has been forever with Brady and Belichick, who are back to try for their 7th Super Bowl together.

The Pats went 11-5 in the regular season and including the playoffs they were 12-7 ATS covering the spread in every playoff game. They lost to the Steelers in Week 3 last season, but that game was in Pittsburgh.

The Steelers failed to make the playoffs for the first time in four seasons last season, which was filled with drama. Two of their stars in Antonio Brown and Le’Veon Bell, who sat out the season, are both gone, and the team looks for a fresh start. They were 8-7-1 ATS last season, but have failed to cover the spread in five of their last seven road games against the Pats.

Brown and Bell are gone, but the Steelers still have a legit squad led by Ben Roethlisberger, who led the league in passing yards last season. James Conner rushed for nearly 1,000 yards and JuJu Smith-Schuster ranked 4th in the league in receiving yards.

Smith-Schuster is now the undisputed #1 WR for the team and he and Conner have big shoes to fill with the guys that left.

Pittsburgh was 9-6-1 last season and had a defense that ranked 6th in the league. In their win over the Pats in Week 3 RB Jaylen Samuels came out of nowhere to rush for 142 yards while not having more than 53 in any other game. Conner did not play in that game, but his play will be key in this game moving the chains, helping out Big Ben, and helping to keep Brady on the sidelines.

Not Much has Changed for Champs

While not much has changed for New England they did lose TE Rob Gronkowski and the solid defensive play of Trey Flowers and Trent Brown. The team picked up WR Demaryius Thomas to give Brady another weapon and took WR Arizona State with the last pick in the first round.

Sony Michel rushed for 931 yards and six TD last season as a rookie and he should go in this game after getting his knee scoped in the summer.

The New England defense only ranked 21st in the league last season and they were especially vulnerable against the pass. They have a young defense and they spent their 2nd and one of their 3rd round draft picks on defensive players.

The Steelers were not a bad team last season and they beat the Patriots in Week 3. They have talent on both sides of the ball and Big Ben keeps racking up the yards.

The Patriots were a perfect 8-0 at home last season and the Steelers were 4-3-1 on the road.

The perceived weakness of the Pats is their D and while that may be the case, they held the Rams to only three points in the Super Bowl and in their three games in the playoffs they stuffed the run. The Steelers will not have a good ground game like last season against New England and Big Ben will have to do it all.