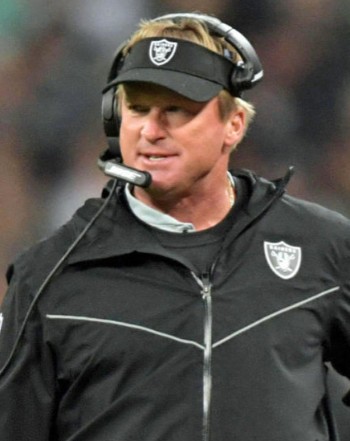 The Raiders host the Broncos in week 1 NFL action on Monday Night football. The Raiders opened as -2.5 point favorites at 5 dimes sportsbook but that line has since dropped to pick. The total is 43.

The Broncos were only 6-10 last season after one season with Case Keenum under center the team traded for Joe Flacco, who was less than impressive in his last couple of seasons in Baltimore.

Denver was only 6-9-1 ATS last season and they failed to cover in both of their games facing the Raiders. They hit the road to face them in their 2ndto last game of the season and lost 27-14.

This is the last go-around for the Raiders in Oakland before moving to their new digs in Las Vegas next season. Last season they finished in last place in the AFC West only winning four games but did beat the Broncos. Oakland was only 6-10 ATS last season, but they are 3-1-1 ATS in their last five Monday Night games.

Is Flacco the Answer?

The Broncos traded for Joe Flacco in the off-season. He does not inherit the best WR corps and Emmanuel Sanders had 71 catches for 868 yards with no other receiver having more than 41 catches.

Phillip Lindsay rushed for 1,037 yards to lead Denver and one of his three 100+-yard rushing games was facing the Raiders at home in Week 2. He will be key in this game, as if Flacco has to carry the team with his arm the Broncos may be in trouble.

Vonn Miller and Bradley Chubb combined for 26.5 sacks last season and with the issues in the Denver secondary their play up front will be key in this Monday Night division matchup.

Gruden has not been Inspiring

The Raiders shelled out a ton of cash to bring back Jon Gruden giving him control of the team but has not inspired so far. The team was bad last season and he also had a questionable last draft. However, the team picked up star WR Antonio Brown and one of their few good draft picks was getting Josh Jacobs late in the first round.

Brown takes over the lead for the WR corps right away and Doug Martin and Jacobs will vie for carries this season. Oakland had fewer yards in the win over the Broncos in the 2nd to last game of the season but had a good ground game.

Derek Carr is back under center and while he passed for over 4,000 yards last season, he only had 19 TD and was picked off 10 times. Gruden may not be sold on him, but he does not have many options since Carr is getting big dollars and the backups are Mike Glennon and Nathan Peterman.

The Raiders only ranked 26th last season on defense and were one of the worst teams in the league against the run. The run D will be key in this game, as they will get a heavy dose of Phillip Lindsay.

The home team has covered the spread in five of the last six games between these bitter rivals. Overall, Denver has failed to cover in five of their last seven games against the Broncos.

Both teams have big issues on both sides of the ball. However, I think the Oakland offense will be much better this season with Brown and two good RB’s and that will be the difference in this game.

This game will be a close one, but at home and fired up for a last season in Oakland the Raiders will give their fans something to cheer about for, at least, one game, as they will win and cover.