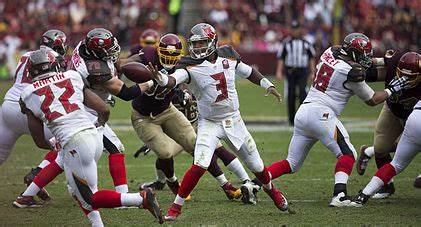 Both the Buccaneers and Panthers lost their season openers, and this is their first NFC South game of the season. Carolina is the 6.5-point betting favorite in this Thursday night game with a total of 50.

In their opening games the Bucs were at home and lost to the San Francisco 49ers 31-17 and the Panthers were also at home and had a close game in losing to the defending NFC champion L.A. Rams 30-27.

In their loss to the 49ers the Bucs had four turnovers with three of them coming from QB Jameis Winston. The turnovers killed their chances, as they had the lead for the first half, but were outscored 25-10 in the 2ndhalf and for the game they outgained San Francisco 295 yards to 256 yards.

Tampa Bay also had more balance than the 49ers in the game and they ran for 121 yards with Ronald Jones and Peyton Barber combining to rush for 108 yards. Look for them to get a lot of reps in this game facing a Panthers’ run defense that gave up 166 rushing yards in their loss to the Rams.

In the win over Carolina last season Winston had a good game and was not picked off. He did not play in the game at Carolina where the Bucs lost 42-28.

Again, with the Turnovers

In their 30-27 loss to the Rams last week they had three costly turnovers and Cam Newton accounted for two of them with an INT and a lost fumble. His INT came in the first quarter when the Panthers were in L.A. territory and that hurt, as Carolina then went down 13-0 and were not able to come back.

Christian McCaffery had a big game in the loss with 128 rushing yards and 81 receiving yards. Newton passed for 239 yards and did not have a TD and he did not help the run game with -2 rushing yards even though he ranked 2ndon the team last season in rushing yards.

The Panthers only had six fewer yards in the loss to the Rams, but the turnovers killed them, and they also allowed the Rams to have the ball for nearly seven more minutes.

TE Greg Olson suffered a minor injury in the loss to the Rams and is listed as questionable for this game.

While the Bucs have not been a good bet on Thursday night, they are 3-1-1 ATS in their last five road games and are 4-0-1 ATS following a loss.

The Panthers have failed to cover the spread in five of their last seven games and are 0-4 ATS in their last four games facing a team with a losing record.

The public is all over the Panthers in this one and why not, based on their performance last week. That makes this a good spot to buck the public. Expect a much better effort this week by the Bucs as this one is tight.