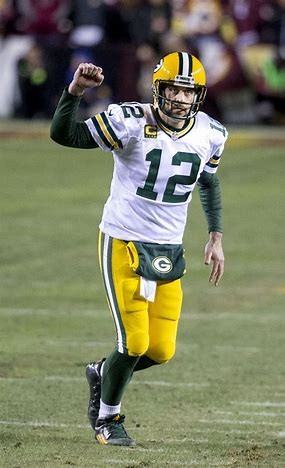 The big games in the NFC North keep on coming early season, as the Packers already beat the Chicago Bears and now host the Minnesota Vikings. Both teams won their opening games and in this one in the Green Bay the Packers are a 3 point favorite with a total of 44.

The Vikings were impressive in their first game of the season at home beating the Atlanta Falcons 28-12.

The Packers played in the opening game of the season in the Windy City against the Bears and while their offense was not impressive their defense was in a 10-3 win.

Last season in the two games between these NFC North rivals they played to a rare tie in the first game in Green Bay and then in Minnesota later in the season the Vikings beat the Packers 24-17.

Defense Gets it Done

The Vikings beat the Atlanta Falcons 28-12 in their season opener where they gave up more yards in the game (345 to 269), but their defense forced three turnovers and they did not have any.

Kirk Cousins passed for a ton of yards last season when the Vikes failed to make the playoffs and in the win over the Falcons last week he passed for 98 yards on 8/10 completions and had one TD and no INT. Adam Thielen and Stefon Diggs may be one of the best WR duos in the league, but only combined for 80 yards last week.

The Vikings pounded the ball on the ground in the win over the Falcons and Dalvin Cook was up to the challenge rushing for 111 yards on 5.5 yards per carry and he also had two TD.

The Vikings ran a whopping 38 times in the Atlanta game and face a Green Bay defense that only gave up 47 rushing yards in their opening win over the Bears.

It has been a long time since the Packers’ defense was a legit one, but they were just that in holding Chicago to only three points in their first win. They needed their D top step up since they only had 213 total yards.

Aaron Rodgers was pressured all game and was sacked five times and only passed for 203 yards with a TD and no picks.

The Packers played great run defense, but they also did not have much of a ground game with only 46 yards and Aaron Jones led the way with 39 rushing yards, but only averaged three yards per carry.

Rodgers could use some help from the run game from Aaron Jones and Jamaal Williams. Jones led the team with only 39 yards on the ground while Williams was held to no yards on five carries. That is not good for this NFC North match against the Vikings, who were solid defending the run in their win last week over the Falcons.

The Vikings covered the spread last season in Green Bay but had failed to do that in their previous five games facing the Packers there.

The home team has covered the spread in five of the last six games between these division rivals.

Look for Rodgers and Cousins to have good games in this one, but Rodgers is in his house and has the edge. Green Bay’s defense will come up with some big plays and with Rodgers at the helm the Packers will win this game and cover the spread.