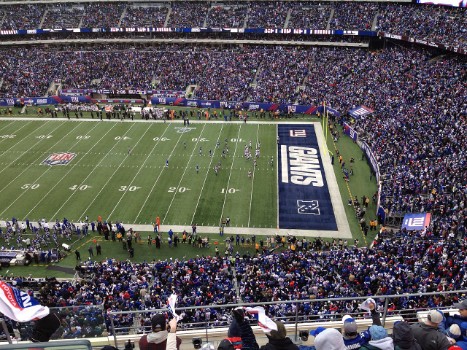 The Vikings have a big issue at QB with their big money guy in Kirk Cousins and they are on the road this Sunday as 5.5-point favorites against a Giants team that has won two in a row. The total for this NFC matchup sits at 44.

The Vikings have been in the news not because of their play but because Cousins, as he recently came out in the press and apologized to WR Adam after being called out by him after the last game. Speaking of that last game the Vikings lost to the Chicago Bears 16-6.

Cousins has the 2nd lowest QBR rating in the league among qualified quarterbacks and the Vikes have the run game and the defense, so there is a lot of pressures on Cousins in this game and for the rest of the season. This is especially the case after signing an $84 million contract that is fully guaranteed.

These teams have not faced off since the 2016 season.

The Vikings played the Bears and their killer defense in their last game and could not handle them only gaining 222 total yards. Thielen

Cousins passed for 233 yards with no TD and no INT and missed some key passes that could have kept his team in the game. Not only was he sacked six times in the game but RB Dalvin Cook, who still ranks 2nd in the league in rushing yards, was held to 35 yards and only averaged 2.5 yards per carry.

Stefon Diggs had 108 receiving yards while Thielen only had two catches for six yards. They are one of the better WR duos in the league, but the numbers have not been there for them and Cousins is the issue.

While the Giants only rank 25th in the league defending the pass and 19th defending the run they shut down the Washington Redskins in their last game holding them to only 176 total yards.

The Giants beat the Redskins 24-3 in their last game outgaining them 389 yards to 176 yards and forcing four turnovers, but if it were not for the Dolphins the Skins would be the worst team in the league.

After a great career debut Daniel Jones did not have the best game against Washington, as while he had 223 passing yards and a TD he was picked off twice.

In the win over Washington the Giants were without star RB Saquon Barkley and it is unlikely he plays in this game with a high ankle sprain. Wayne Gallman and Jon Hilliman will man the duties in the backfield if Barkley cannot go and each only averaged 3.3 yards per carry on a combined 96 rushing yards in the Washington game.

While Minnesota has their issues, their defense has been solid and rank 9th in the league against the pass and 11th against the run.

The Vikings have failed to cover the spread in five of their last six road games and the Giants are only 2-7-1 ATS in their last 10 home games.

The Vikings have the defense and the run game, but can Cousins and the receivers get on the same page? I think they will do that in this game, as Minnesota will show they are still a playoff contender and they will win this game and cover the spread.