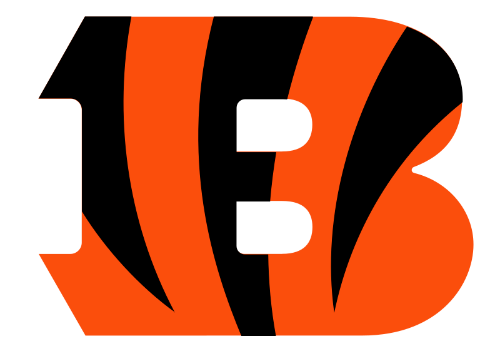 The Bengals head to Steel; City to take on the lone undefeated team in the NFL in the Steelers n an AFC North matchup. The Steelers are a 7.5-point home favorite with the total sitting at 46.

The Steelers narrowly avoided a huge upset in their last game, which is the main reason the public money has been n Cincy in this game. Pittsburgh opened as a 10.5-point favorite but as of Wednesday are a 7.5-point favorite.

The Steelers beat the woeful Dallas Cowboys in their last game 24-19 coming back to get the W where they did not cover as a 14-point favorite.

The Bengals only have two wins but have been close in every game but one this season and in their last game scored a big upset in a 31-20 win over the Tennessee Titans.

Joe Burrow has had a legit rookie season, but Cincy only ranks 20th in the league in ppg. His team will face a Pittsburgh squad that ranks tied for fourth in scoring defense.

This is the first game between these teams this season and the Steelers have not lost to the Bengals since the 2015 season.

The Bengals will not make the playoffs again but they have their QB of the future in Joe Burrow. While only ranking 22nd in the league in QBR he has progressed well and in his last two games, he has five TD and only one INT. In Cincy’s last game they beat the Tennessee Titans 31-20 where he passed for 249 yards with two TD and no picks.

Burrow was not sacked in the Titans game while being sacked 13 times in his previous three games. He will be facing a strong Pittsburgh pass rush that is among the league leaders with 32 sacks on the season.

Joe Mixon leads the Bengals in rushing yards but has missed the last two games and is likely out for this game as well. Veteran Giovani Bernard will get most of the reps in the backfield and he rushed for 62 yards in the win over the Titans.

Tyler Boyd and Tee Higgins have combined for 1,072 receiving yards this season and A.J. Green had a quiet Tennessee game after two solid games.

The Pittsburgh D is tough and balanced and if they can pressure Burrow they will be tough to beat.

Will Big Ben be Big Ben?

Steelers QB Ben Roethlisberger was put on the COVID-19 list this week and has missed practice because of it but is still schedule, to get the start. He has had a solid season after missing 2019 and passed for 306 yards with three TD and no INT in the 24-19 win over the Cowboys.

The Steelers had no run game against Dallas with only 46 rushing yards and lead back James Conner has only rushed for 69 yards in his last two games. Pittsburgh has a deep WR corps and their offensive line has played well only giving up two sacks in the last three games.

While Cincy has a solid secondary and has defended the pass well their run defense is giving up an average of 144.3 rushing yards per game. Even in the win over Tennessee, they gave up 218 rushing yards.

I am taking the Bengals and the points in this one, as I think they will give Pittsburgh a good game. Cincy may not get the W but they will play well, even on the road, and they will cover getting 7.5 points.