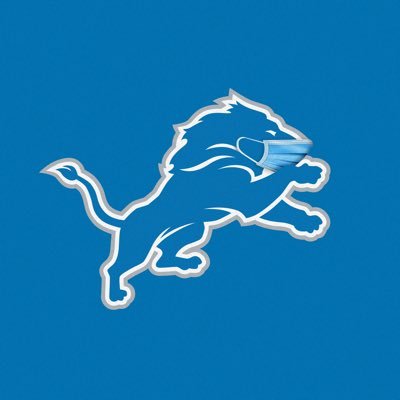 The Lions fell off the cliff last season when Matthew Stafford had a back injury and hey lost their last eight games of the season.

While Stafford’s health is key so will be improving a defense that ranks second to last in the league last season and dead last in pass defense.

Key Additions: The Lions used the third pick in the draft to take talented CB Jeff Okudah, who will start right away with the departure of Darrius Slay.

The club used their second-round pick to nab RB D’Andre Swift and also got another offensive weapon in signing Geronimo Allison.

Other key additions are pricey T Halapoulivaati Vaitai and LB Jamie Collins, who is a star player at his position.

Key Losses: The team lost TE Logan Thomas and Slay, who will be replaced by the younger Okudah.

Obviously the team will need Stafford to be upright this season, as they ended up going 0-8 in the second half last season when he went down.

Kenny Golladay had 1,190 receiving yards and 11 TD for his second straight 1,000+ receiving yard season. Marvin Jones Jr. and Danny Amendola combined for 1,457 receiving yards so Stafford has the weapons. At least on the outside.

The Lions only ranked 21st in the league last season in rushing yards per game and the team is hoping Kerryon Johnson can stay healthy and D’Andre Swift can do in Detroit what he did in a great career at Georgia.

Johnson has missed 14 of 32 games since the Lions traded up to get him and last season he led the team with 403 yards and he only played eight games.

The Detroit defense may be the main issue with the team this season and can the retooled unit get the job done under head coach Matt Patricia, who used to be a defensive guru for the Patriots?

The offense has the guys that can get the ball in the end zone of Stafford remains healthy but the defense has to keep teams packing on the yards and points, unlike last season.

In terms of the defense, the secondary should be better than last season even with  Quandre Diggs and Darius Slay gone. Rookie CB Jeff Okudah is a game-changer and the team has some young talent with the likes of Tracy Walker, Duron Harmon, and Justin Coleman.

The run D is still an issue as is the pass rush, as Trey Flowers is back after registering seven sacks last season. However, no other player had more than 1.5 sacks last season and that puts even more pressure on the secondary.

That is also a major concern with the Lions being in the NFC North with Kirk Cousins and the Vikings and Aaron Rodgers and the Packers.

The Lions have their work cut out for them in the early part of the season facing the Bears, Packers, and Saints in three of their first four games.

The end of the season is more killer, as their last five games comes against the Bears, Packers, Titans, Bucs, with a guy named Brady, and Vikes.

Prediction:  The Lions have young talent and look for Stafford to throw for a ton of yards. However, I do not see Detroit being a team different from what they have mostly been the last decade in having issues running the ball, struggling on defense, and watching the playoffs from home.