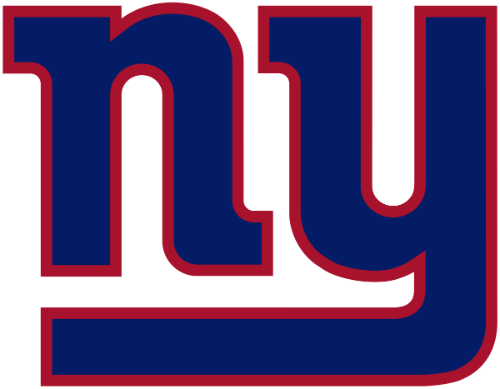 The Giants and the Cowboys have a grand total of one win but are still in the NFC East race where the Philadelphia Eagles are in first place in the terrible division with a 1-2-1 record. America’s Team is the big 9.5-point favorite in this division matchup with the total sitting at 54.

Kind of surprising that the public has been backing the winless Giants on the road, as they opened as 11-point underdogs and as of Wednesday are a 8.5-point dog.

The winless Giants have failed to score in double digits in their last two games and the team ranks dead last in the league averaging 11.8 ppg. They rank 29th in passing yards per game and 31st in rushing yards per game and they are without their best player in RB Saquon Barkley, who is out for the season with a knee injury.

The Cowboys are a bungled Atlanta Falcons’ onside kick of being 0-4 and the team ranks last in the NFL in points against (36.5 ppg). The team does rank third in ppg but the team has had to mount major comebacks in their last three games when they were down big in each one.

Dak Prescott leads the team in passing yards and has nine TD but all of his numbers have been when Dallas has been down. He is not getting much blame but in the Cowboys lone close game in the season-opening loss to the Rams he failed to get it done.

The Cowboys have won six straight games facing the Giants and in all of those games, they covered the spread.

After a promising rookie season Giants’ QB Daniel Jones has regressed, big time. He ranks 28th in the league in QBR and after two TD in the season opener has no TD and one pick in each of his last three games. In New York’s last game he passed for 190 yards and was sacked five times.

The Giants have a less than stellar WR corps and Jones has been sacked 14 times in four games. How bad is it for the New York offense? Jones leads the team with 137 yards while the leading RB is Wayne Gallman with 52 rushing yards.

The Giants’ defense held the Rans to only 17 points and 58 rushing yards but the offense could not do anything, which has been the case for the season.

New York will have a shot against the Cowboys and their porous defense, but can Jones get it done with few weapons and a line that cannot protect him? Big question.

The Giants did rush for 138 yards in the loss to the Rams and they will take to the ground in this game facing a Dallas defense that gave up over 300 yards in their last game.

The Defense Has Been Shredded

Prescott has put up big numbers but that is nothing new for a team that has been down big in the last three games and ranks last in the league in scoring defense.

Dallas simply has been terrible on defense in the last three games. They had three turnovers in their last game, which was a 49-38 loss to the Cleveland Brown, but racked up 566 yards and gave up 508 yards including giving up 307 rushing yards with Cleveland’s star RB out of the game.

Four players for the Cowboys had at least 71 receiving yards in the loss to the Browns led  Amari cooper with 134 yards.

Dallas has Ezekiel Elliot in the backfield but the team has had to abandon the run in the second half in their last three games being down so big. In the Cleveland loss, he rushed for 54 yards with 24 coming on one carry and then 30 for the other 11 carries.

Despite the trends above the Cowboys are the pick in this game. They have the weapons while the Giants do not, and Dallas will not go down big in this game for a change. New York simply cannot keep up with America’s Team, which will lay a beat down on the Giants and easily win and cover the spread.

Not much to like here. The Giants are terrible. But don’t let the name fool you. The Cowboys are terrible too!

Defensively, the Cowboys are actually worse than the Giants, ranking 30th to the Giants 20th.

In a nutshell, a team with the numbers the Cowboys have are not a team you want to trust laying a significant number.

With that in mind we’ll take the +8.5 with the Giants and we’ll also go under the total here as the Giants have yet to score more than 16 points in a game.