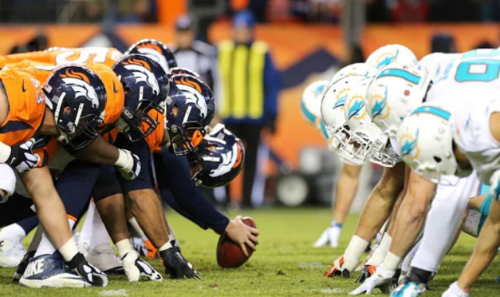 The Miami Dolphins are red-hot winners of five in a row and they are in Mile High City to face a Denver Broncos team that has lost two in a row and three of their last four games. Miami is a 3.5-point favorite in this AFC matchup with a total of 45.

The public has really backed the Dolphins in this game, as they opened as a 1-point dog and as of Wednesday are a 3.5-point favorite.

The Phins have ripped off five straights wins and with Tua Tagovailoa time in full swing the team is poised to challenge for the AFC East title and the playoffs.

While the Broncos looked to have a legit QB for the future in Drew Lock he has not had the best sophomore season due to injuries and he may miss this game. That has hurt a team that only ranks 28th in the league in ppg.

The Denver run game has not found its footing and the team’s defense has given up 71 points in the last two games. Nobody expected much from the team this season in rebuild mode but there are some big issues for Denver on both sides of the ball.

These teams last met in the 2017 season where the dolphins laid a 35-9 on the Dolphins.

The Dolphins have covered in seven of their last eight games facing the Broncos.

The defense won Tagovailoa’s first start of the season but he has stepped up in his last two starts with four TD and no picks in his last two games. His numbers have not been great, but he has limited mistakes, hit his open targets, and has not thrown a pick in his rookie campaign.

Myles Gaskin leads the Dolphins in rushing yards but is out indefinitely with a knee injury. In the team’s last game they beat the L.A. Chargers 29-21 and they did rush for 111 yards with Kalen Ballage rushing for 68 yards.

Tua spread the wealth in the Chargers game and while a less than no-name WR corps four players have at least 229 receiving yards.

The Broncos have been decent against the pass this season but not the run, but can Miami take advantage of that? Big question for this AFC matchup.

Lock Has Not Been a Lock

Drew Lock had a promising rookie season under center for the Broncos but he is banged up and questionable in this game and threw four picks in his last game. If he cannot go Jeff Driskel or Brett Rypien will get the start and neither of those guys have played well in relief this season.

Melvin Gordan III leads the team in rushing yards, but the free-agent signing has not rushed for over 46 yards in his last three games. He has been the main guy this season even though Phillip Lindsay is averaging 5.5 yards per carry. In his only gave where he has over double-digit in touches he rushed for over 100 yards.

The Dolphins’ defense has given up 52 points in the last two games but the offense has bailed them out. Look for Miami to come hard and fast against Lock or whoever the QB is for Denver.

The Dolphins are 4-1 ATS in their last five road games but the Broncos have covered in six of their last seven games after an ATS loss.

I think Lock will not go and Tua will continue to progress and because of that Dolphins are an easy pick only giving 3.5 points Miami is the pick since they are hot and the Broncos are banged up and have holes on both sides of the ball. I would not be surprised if the Dolphins won in a blowout in this game but no matter they will get the W and cover the spread.