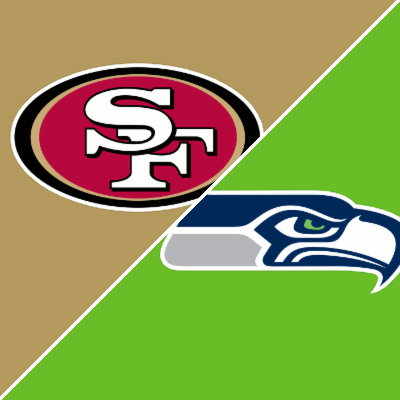 The reeling Seahawks look to snap their three-game skid facing their NFC West foe in the 49ers, who have gotten back in the playoff picture with three straight wins.

In their last game the 49ers won their third in a row where they were at home and beat the Minnesota Vikings 34-26. San Fran forced two turnovers, scored 20 points in the third quarter, and killed it on the ground to the tune of 208 rushing yards.

The Seahawks were on the road in their last game losing to the Washington Redskins 17-15. Russell Wilson led the team on a late charge and tossed a 32-yards TD with 15 second left but he was picked off on the two-point conversion, which would have tied the game.

These teams met early in the season and on the road the Seahawks beat the 49ers 28-21. Seattle is 7-2-1 ATS in their last nine home games facing the 49ers.

In the win over the Vikings Elijah Mitchell (693 yards 4 TD) came up big rushing for 133 yards and a TD averaging 4.9 yards per carry. He has rushed for 100+ yards in three of the last four games and has a good chance to do that again facing a Seattle run D that has not been good all season and gave up 152 rushing yards in their last game.

Deebo Samuel (1,006 yards 5 TD) was injured in the last game and is doubtful for the Seattle game. He has the fourth most receiving yards in the NFL and if he cannot go it will be a big loss.

On the season the Seattle defense ranks 23rd against the run and second to last against the pass.

While Seattle only lost by two points in their last game, they have been outscored 57-20 in their three-game skid and Wilson has not looked good. He did have two TD and no INT in the last game but his injured finger has caused him to miss throws he usually makes.

Wilson has had to do it all with a lack of a run game, as Alex Collins leads the team with 395 yards and only had 50 in the last two games.

San Fran ranks a legit sixth in the league in pass defense and 14th in run defense.

This game is between two teams heading in different directions. The 49ers are streaking while the Seahawks are sinking and a lot of press is focused on whether Wilson will be in Seattle next season. Back to this game the 49ers will run the ball early and often and have success doing so.

Wilson will have to carry the team on offense again but he will not be able to do it facing a 49ers’ defense that will play the run and the pass well. Wilson’s injury has affected him and it has showed and, once again, he will not carry the team. Look for the 49ers to control this game on the ground and they will win and cover sending the hapless Seahawks to yet another loss.