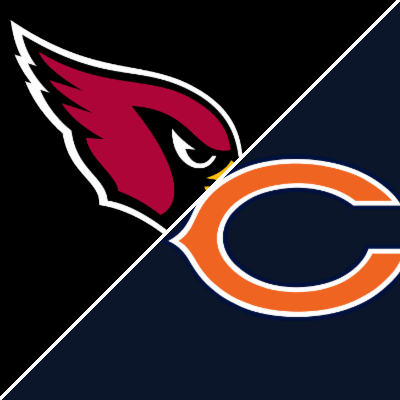 The Cardinals are coming off a bye week and have won two of three games and they head to the Windy City to take on a Bears team that snapped their five-game skid with a win over the winless Lions on Thanksgiving.

Oddsmakers have the Cardinals as an 8-point road favorite with a total of 45.5. The public has backed Arizona, so far, in this NFC affair, as they opened as a 7-point favorite and as of Thursday are an 8-point favorite.

In their last game before the bye week the Cardinals were on the road and beat the Seattle Seahawks 23-13. The defense stepped up in the game after they gave up 34 points in losing their previous game.

The Bears ended their five-game losing streak on turkey day with a 16-14 win over the woeful Lions. The Chicago defense played pretty well but the offense was not great rushing for only 68 yards and the team won on a last second short field goal.

These teams met last in the 2018 season and the Cardinals have covered the spread in four of their last five games facing the Bears.

The Cardinals have the best record in the NFC and that will be key, as in the new playoff format only the top team from each conference will get a bye. They are a half a game up on the Packers, who have played one more game and beat the Cardinals this season.

The Cardinals have had balance on the season, as they rank fourth in the NFL in points per game (28.2 ppg) and rank fourth in scoring defense (18.4 ppg).

Kyler Murray 2,276 yards 17 TD 7 INT) has missed the last three games with an ankle injury and did practice on a limited basis this week. He should go but if he cannot Colt McCoy will get another start and he has played pretty well in Murray’s absence with three TD and one INT.

The Cardinals have a solid WR corps led by Christian Kirk and A.J. Green and third leading receiver DeAndre Hopkins may be back in this game after missing the last three with a hamstring injury.

James Connor leads the team with 555 rushing yards and while only averaging 3.8 yards per carry he has rushed for at least 62 yards in two of the last three games. Chase Edmonds (430 yards) has been out for a while and while he will be back this season he is still out for this game.

The Bears once great defense is not so great this season only ranking 18th in the league giving up 23.1 ppg and they rank eighth in the NFL in pass D but only 22nd in run defense.

While the Bears were not impressive in their win over the Lions they got the win to snap their losing streak and keep their slim playoff hopes alive.

The Bears are in the same boat as the Cardinals being unsure of who the starting QB will be. Bears coach Matt Nagy has said when Justin Fields can play, he is back as the starter and if he cannot go Andy Dalton, who passed for 317 yards with a TD and an INT in the win over the Lions, will get the nod.

While Dalton passed for over 300 yards against the Lions the Bears still rank dead last in the league in passing yards per game.

Chicago ranks a legit eighth in the NFL in rushing yards per game but their run game only had 68 yards in the Detroit game. David Montgomery (476 yards 3 TD) rushed for 46 yards in that game only averaging 2.7 yards per carry. Rookie Khalil Herbert (373 yards 1 TD) has taken a backseat with Montgomery back from injury and only has 22 yards on nine carries over the last three games.

Chicago and their less than stellar offense have their work cut out facing an Arizona defense that ranks fourth in the NFL against the pass and 17th against the run.

The Bears are 0-4 ATS in their last four games as a home underdog and look for that trend to continue.

The Bears did snap their losing streak in their last game but it was a less than impressive win over the Lions. Matt Nagy is on the hot seat, which will only get hotter after this game. The Bears’ defense will not stop the Cardinals and their offense will not score many points. Add that up and you get an Arizona win where they will also cover the spread.