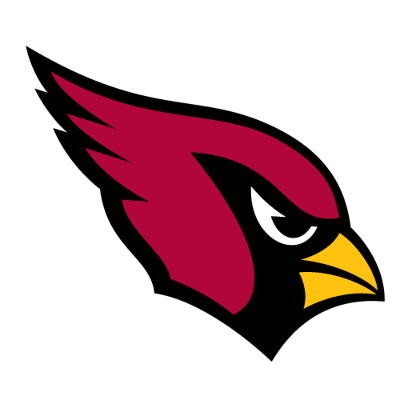 The Cardinals finished .500 last season and the team had a busy off-season losing some key players and picking up some as well.

Arizona was 8-8 after a 6-3 start and this is the third season for the QB Kyler Murray and head coach Kliff Kingsbury marriage.

Murray had a decent sophomore season but pretty good won’t cut It in the killer NFC West. The Cardinals have the lowest odds to win the division. Last season the team ranked in the middle of the pack in terms of points per game and opponents’ points per game.

They picked up two key players that look to get back to being the best in the game. WR A.J. Green and three-time Defensive Player of the Year J.J. Watt. Green had a subpar season in his last one with the Bengals last season and Watt has been derailed by injuries.

The team also had a solid draft in the front end taking LB Zavon Collins in the first round to bolster an already solid LB corps and electrifying WR Rondale Moore in the second round.

The loss of Drake was a big one for Arizona and the backfield will be led by Chase Edmonds (448 rushing yards) and newcomer James Conner, who rushed for 721 yards last season with the Steelers.

The team lost Haason Reddick (12.5 sacks) but they still have Dennis Gardeck (7 sacks) and will get back sack artist Chandler Jones.

He was lost after Week 5 with a biceps injury. If he can come back strong and Watt can stay healthy and productive the Cardinals may have a great pass rush. Last season, they had 10 players that recorded multiple sacks.

The secondary has some issues, but they still have All-Pro free safety Budda Baker. The team signed Malcolm Butler to be the #1 CB along with veteran Robert Alford, who has missed the last two seasons due to injury.

The team may have gotten two steals in the draft in Marco Wilson in the fourth round and Tay Gowan in the sixth round. They may see time right away. The loss of Patterson was a big one, though, as while not a lockdown corner anymore he was the leader of the secondary and still productive.

The Cardinals do not have the toughest early season schedule but from Week 4 to Week 11 they have their work cut out for them. In that span the face the 49ers twice, the Rams, Browns, Packers, and Seahawks.

The Cardinals are banking that their defense can improve with Watt and Jones coming back and the continued growth of Murray.

However, the RB issue is a big one and health will be key for Watt and Jones. Arizona is a good team but not a great one and they will finish around .500 for the second straight season and fail to make the playoffs.