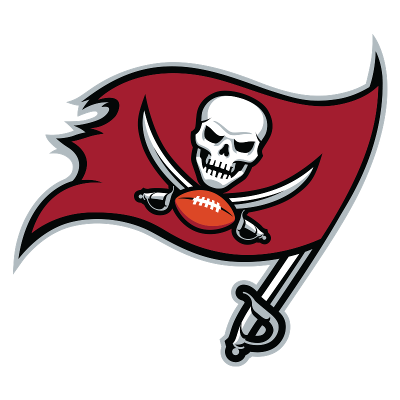 Tom Brady and the Buccaneers won it all last season and what is scary is that they may be even better this season.

Brady led the Bucs to the title last season beating the Chiefs in the Super Bowl. This season they enter it with the second-best betting odds after Kansas City to win the big game.

It was revealed that Brady played the whole season with an MCL tear and that was fixed in the off-season.

While the team did not make any big moves in the off-season, they locked up many of their key players. Brady, Antonio Brown, O.J. Howard, and run stopper Vita Vea are all back and ready to go for the start of this season.

Last season Tampa Bay had great balance. They ranked third in the league in points scored and eighth in points allowed.

Brady proved last season he has a lot left in his tank ranking third in the league in passing yards and passing for 40 TD and 12 INT. He plays behind a solid offensive line that will be nearly the same this season with the exception of departed OT Joe Haeg.

The team has a riches of targets for Brady with the likes of WR’s Mike Evans, Chris Godwin, Scotty Miller, and Antonio Brown and TE’s Rob Gronkowski, and OJ Howard.

Howard has been beset by injuries in his four years in the league and missed most of last season with an Achilles injury. However, he had solid rapport with Brady and gives the GOAT yet another weapon.

Ronald Jones nearly rushed for 1,000 yards averaging 5.1 yards per carry and Leonard Fournette was a key cog in the backfield in the playoffs. The team let LeSean McCoy walk but picked up a solid third down RB in veteran Giovani Bernard.

Like the offense there were not many moves made on defense. The team used their first-round pick on LB Joe Tryon, and they resigned key players in LB Lavonte David, pass rusher LB Shaquil Barrett DL, and Ndamukong Suh, and gave an extension to LB Jason Pierre-Paul.

The D will also get run stopper Vita Vea back after missing 13 games last season due to injury. The secondary remains the same as well led by emerging star strong safety Antoine Winfield.

Surprising that the Super Bowl champs do not play a tougher schedule, as while it is not a cakewalk, when is it ever in the NFL, they do not face a team that made the playoffs last season until Week 8.

That game is facing New Orleans, who no longer have Drew Brees and that is one of the reasons the Bucs are a big betting favorite to win the NFC South. For the season Tampa only faces three teams that made the playoffs last season in the Saints, Bills, and Washington Football Team.

The outlook looks good for the Bucs, who made few moves in the off-season and with good reason. They have a healthy GOAT and a few other players back for a team that is stacked on both sides of the ball.

I look for them to win the NFC South with ease and make another Super Bowl run and if I were a betting man, which I am, I would pick them to face the Chiefs yet again in the big game.