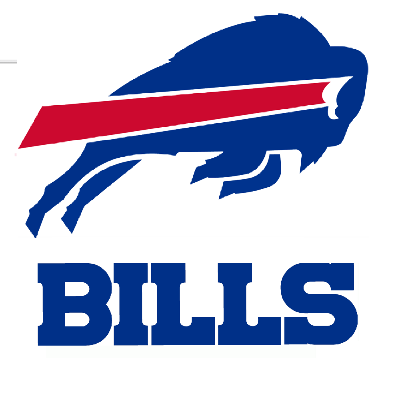 The Bills won the AFC East last season and advanced to the AFC title game and they have high hope this season with a strong team.

They bring back most of their starters on both sides of the ball including Josh Allen, who was given a huge contract in the off-season and was an MVP candidate last season.

Buffalo snapped an 18-season playoff drought last season under Sean McDermott, who is in his fifth season as the head coach.

Stefon Diggs fit perfectly with the Bills after coming to them in a trade and all he did was lead the league with 1.535 receiving yards.

Cole Beasley had nearly 1,000 receiving yards and Gabriel Davis had 599 receiving yards. Allen has no lack of targets and in the off-season the team went out and got WR Emmanuel Sanders, so the rich got richer.

The Bills were a pass-first team last season and the team ranked 20th last season in rushing yards per game.

The offensive line is a good one and the backs may be poised for a big season with opposing teams trying to contain Allen and his cannon arm.

Last season the Bills’ defense took a little dip, but that was mainly due to a tough schedule, run-stuffer Star Lotulelei opting out due to COVID-19 concerns, and an injury marred campaign from LB Matt Milano.

Lotulelei is back and Milano is healthy and has a new contract so up front Buffalo should be better than last season.

The team may have more chances for picks this season with a stronger up-front group and that unit picked up Efe Obada, who had 5.5 sacks for the Carolina Panthers last season.

Buffalo looks to repeat as AFC East champions, but it will not be easy with the Patriots still there, a Dolphins’ squad that won 10 games last season, and an improving Jets’ team.

The Bills face the Steelers and Dolphins in their first two games and their out of division schedule is a tough with road games against the Kansas City Chiefs, Tennessee Titans, New Orleans Saints, and defending champion Tampa Bay Buccaneers.

The Bills have big expectations this season and with good reason. They have one of the best young QB’s in the league in Allen and many weapons on offense. On top of that the defense may be better than last season, which could make the team scary.

Buffalo will live up to expectations and win the AFC East and I look for them to make the AFC title game as well. The Bills may not win it all but they have the talent to do so, which is why oddsmakers have them with the third best betting odds to win the Super Bowl.