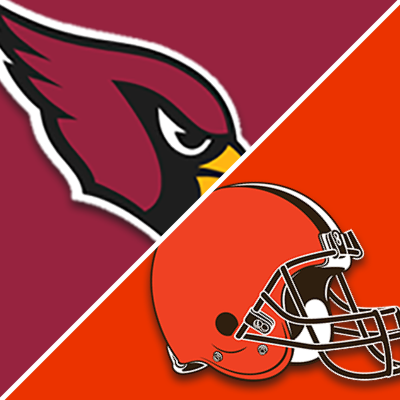 The Cardinals are the lone undefeated team in the league and they head east to face a Browns’ team that had their three-game winning streak snapped in their last game.

The Browns are a 3-point home favorite in this non-conference affair with a total of 49.5. While the total has gone down five points since opening the spread has not changed as of Thursday.

The Cardinals were at home in their last game and beat the San Francisco 49ers 17-10. The offense struggled in the game but Arizona played good defense to move to 5-0.

In their last game the Browns were on the road and lost to the L.A. Chargers 47-42. They racked up over 500 yards in the game but their defense gave up a ton or yards as well and they allowed the Chargers to score three TD in the last 7:24 of the game.

These teams last met in the 2019 season.

Big D in the Clutch

While the Cardinals gave up more yards in the win over the 49ers (338 to 304) but their defense came up big in the clutch holding San Fran to 3/11 on third down and 1/5 on fourth down.

Kyler Murray is the early MVP favorite and has passed for 1,512 yards with 10 TD and 4 INT. He has not been picked off in the last two games and while he has and while his throwing shoulder has been bothering him and he missed practice Wednesday he will play in this game.

Murray has a deep and balanced WR corps with four players with at least 261 receiving yards led by DeAndre Hopkins (313 yards 4 TD).

Arizona did not have the best game on the ground in the win over the 49ers but their rushing offense ranks eighth in the league in yards per game. Chase Edmonds and James Connor have combined for 471 yards and Murry has rushed for 110 yards.

Cleveland’s defense gave up 470 points and many passing yards in the last game but still rank second in the league against the run and 11th against the pass.

In the 47-42 barnburner loss to the Chargers last week the Browns simply could not stop Justin Herbert, who passed for four TD and had nearly 400 passing yards.

Cleveland ranks first in the league averaging 187.6 rushing yards per game. Nick Chubb ranks second in the NFL with 523 yards and Kareem Hunt has rushed for 295 yards and each player is averaging at least 5.4 yards per carry.

Baker Mayfield (1,240 yards 4 TD 2 INT) had his best game of the season in the loss to L.A. last week passing for 305 yards with two TD and no picks. He was only sacked once in the game after going down eight times in the previous two games.

The Arizona pass rush is led by Chandler Jones with five sacks but he is out for this game. This matchup with the Browns is not a good one on defense, as while the Cardinals have a good pass defense, they only rank 28th in run defense.

The Cardinals have covered the spread in four of their last five road games while the Browns have failed to cover in five of their last seven home games. However, do not look for those trends to continue.

The Browns do not have much of a passing attack and their defense gave up 47 points in their last game but they are still the pick in this game. They will run the ball early and often and their top-ranked rushing offense will rack up the yards against an Arizona run defense that only ranks 28th in the league. Murray will be ok but his shoulder may hinder throws down the field and that will hurt the team. Mayfield will be effective but the run game for the Browns is why they will win and cover and hand the Cardinals their first loss of the season.