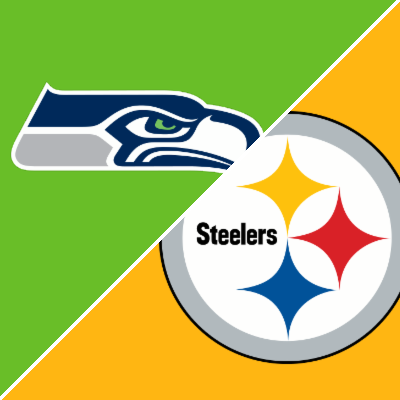 In their last game the Seahawks fell under .500 with a 26-17 loss to the L.A. Rams. Wilson injured his finger and could not return and Seattle was outscored 23-10 in the second half. The struggling defense gave up 476 total yards in the loss.

The Steelers were at home in their last game and beat the Denver Broncos 27-19 to snap their three-game losing streak. Ben Roethlisberger quieted the critics, for at least a week, with a solid performance and he finally got some help from the run game.

These teams have not met since the 2019 season. The favorite and the home team are both 5-1 ATS in the last six games between these teams.

The loss of Wilson is a big one for the Seahawks as the run game (19th in the league in rushing yards per game) and the defense (21st in scoring defense 25.2 ppg) have not helped out much.

With Wilson out Gino Smith will be under center against the Steelers and when he came in for the injured starter in the loss to the Rams, he passed for 131 yards with a TD and an INT.

With Smith starting the Seahawks may lean on the run game more but that unit has not been very productive. At least Smith will have a couple of solid WR’s on the outside with Tyler Lockett (390 yards 3 TD) and DK Metcalf (383 yards 5 TD).

Alex Collins led the team with 47 rushing yards in the loss to the Rams only averaging 3.1 yards er carry. Leading RB Chris Carson (223 yards 3 TD) missed the last game with a neck injury and is listed as questionable for the Pittsburgh game.

The Steelers rank ninth in the NFL in defending the run but only 19th defending the pass. T.J. Watt is among the league leaders with five sacks and he has half of them for the team.

Roethlisberger has taken a lot of heat this season for his poor play but in the win over the Broncos he had his best game of the season passing for 253 yards with two TD and no INT. he had not passed for over one TD in the previous four games and in his previous three games had four picks.

Big Ben finally got some help from the run game in the win over Denver with rookie Najee Harris also playing his best game of the season rushing for 122 yards with a TD and averaging a more than solid 5.3 yards per carry. He may have another big game going up against the Seahawks’ run defense that ranks second to last in the NFL.

Chase Claypool and Diontae Johnson have combined for 646 receiving yards and three TD to lead the Steelers. They may have big games facing a Seattle pass defense that only ranks 30th in the league.

Smith was not bad taking over for Wilson in the last game and I think he will play well. Big Ben still has issues and while he will be ok in this game, he will not torch the Seattle defense even though they have struggled all season. I see a close game here and while the Steelers may get the win, the Seahawks will, at least, cover the spread.