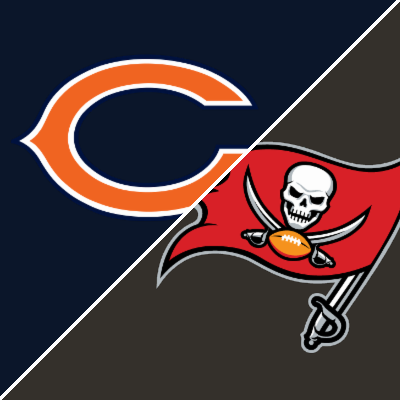 The Bears are coming off a loss and they look to their defense to contain Tom Brady and a Tampa team that is atop the NFC South.

The Bucs are a huge 12.5-point betting favorite in this NFC affair with the total sitting at 47. The public has slightly backed Chicago in this conference game, as they opened as a 13-point underdog and as of Thursday are “only” a 12.5-point dog.

The Bears were at home in their last game where they had their modest two-game winning streak snapped with a 24-14 loss to the Green Bay Packers. Chicago got off to a good start but the offense just is not there and while they ran the ball well, they only had 137 passing yards.

In their last game the Bucs were on the road and beat the Philadelphia Eagles 28-22. Old man Brady had another solid game but Tampa lost but they lost yet another player in their secondary.

These teams met last season in Chicago where the Bears pulled off the upset beating the Bucs 20-19. The home team has covered the spread in the last four games between these teams.

Can Fields Do It?

The big question for this game is can Justin Fields exploit the depleted Tampa Bay secondary? The Bears rank dead last in the league in passing yards per game and Fields (632 yards 2 TD 3 INT) ranks 31st in QBR. In the loss to Green Bay, he was 17/26 for only 174 yards and was sacked four times.

The Bears do rank a solid seventh in the league in rushing yards per game The team did rush for 140 yards in the loss to Green Bay even though leading rusher David Montgomery did not play being on IR. Rookie Khalil Herbert played well in the Packers game rushing for 97 yards with a TD and averaged 5.1 yards per carry and Fields rushed for 43 yards.

No shock the Bucs have struggled against the pass with all of their injuries. However, their run defense is the top-ranked unit in the league and the Bears need to run the ball well to have any chance to win.

Brady and the Tampa D Gets it Done

In the last game Brady passed for nearly 300 yards with two TD and one INT and the Bucs held the Eagles to 213 yards.

Brady (2,064 yards 17 TD 3 INT) leads the NFL in passing yards and he has been greatly helped by the offensive line that has only given up three sacks in the last three games.

Mike Evans leads three WRs that have at least 409 yards and he and Antonio Brown each have four TD.

Leonard Fournette (332 yards 3 TD) has played pretty well as of late and while he only averaged 3.7 yards per carry in the win over Philly last week, he has three TD and 148 rushing yards in the last two games.

Chicago ranks eighth if the NFL in pass defense but only 16th in run defense. They have a great pass rush, which is vital in this game, but Khalil Mack (6 sacks) is questionable with an injury and Robert Quinn (5 sacks) is out recently being put on the COVID-19 list.

Chicago is 2-6 ATS in their last 8 games as a road underdog while the Bucs have covered the spread in six of their last seven home games.

Hard to go with any team giving 12.5 points but this game is a bad matchup for the Bears. Tampa has a depleted secondary and because of that only rank 27th in the league in pass defense, Still, the Bears will not take advantage of that with Fields and a passing offense that ranks dead last in the league. Also, the pass rush for Chicago is key in this game but their top-pass rusher is questionable and their second best one is out. Look for Tampa to easily win this game and cover the spread at home in a game that could get ugly quick.