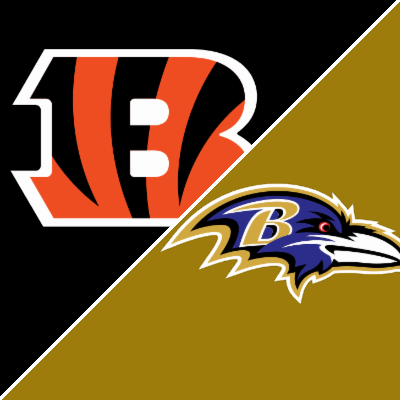 It is no longer the Bungals, as the Bengals sit at 4-2 and can pull into a tie for first place in the AFC North with a road win over the red-hot Ravens in this division matchup.

The Ravens are a 6-point home favorite in this game with the total sitting at 47. Even on the road Cincy has been backed by the public as they opened as a 6.5-point underdog and as of Thursday are a 6-point dog.

In their last game the Bengals were on the road and laid a 34-11 beat down on the winless Detroit Lions. Joe Burrow passed for three TD and the Cincy defense held Detroit to only 228 yards.

The Ravens won their fifth in a row in their last game with a more than impressive 34-6 win over the L.A. Chargers, who came into the game with a three-game win streak. The defense shut down Justin Herbert and held the Bolts to only 207 yards.

Last season the Ravens crushed the Bengals twice outscoring them 65-6. However, while Cincy did not cover last season in the bad loss at Baltimore, they have covered in five of their last seven games there.

Can Bengals Do It Again?

In the blowout win over the Lions the Bengals held them to a grand total of 36 rushing yards. Can they do that again facing Lamar Jackson and a Baltimore team that ranks fourth in the NFL averaging 155.2 rushing yards per game? Big question.

Joe Burrow (1,540 yards 14 TD 7 INT) ranks in the middle of the pack in terms of QBR and while he has 10 TD over his last four games he has three picks in his last two games.

Rookie WR Ja’Marr Chase has lived up to his hype, as he ranks fourth in the NFL with 553 receiving yards and the playmaker has totaled 256 yards in the last two games where in each he averaged at least 24 yards per catch.

Joe Mixon (480 yards 3 TD) has enjoyed a bounce-back season ranking fourth in the league in rushing yards. He rushed for 94 yards averaging 5.2 yards per carry in the win over the Lions.

Burrow may have to carry the load in this one, as the Ravens only rank 25th in the NFL in pass defense while third in run defense. However, Baltimore held Justin Herbert in check last week (195 yards 1 TD 1 INT) and they have a good pass rush with 14 sacks.

The Ravens can really take control of the AFC North in this game with a win over the Bengals, who they have won four straight against.

Lamar Jackson (1,686 yards 9 TD 5 INT) ranks seventh in the league in QBR and after five TD and no INT in two games he had one TD and two picks in the blowout win over the Chargers.

He is also the team’s leading rusher (398 yards) with the team beset by injuries losing their top two RBs in training camp. Second leading rusher Latavius Murray (212 yards 4 TD) is listed as questionable in this game and Ty’Son Williams (170 yards 1 TD) has only rushed for 28 yards in the last two games.

Baltimore has a solid WR corps led by Marquise Brown (486 yards 5 TD) and TE Mark Andrews ranks second on the team with 468 yards and three TD.

One of the main reasons for Cincy being 4-2 is their defense, which ranks eighth in the league against the run and 13th against the pass.

Is this the game the Bengals snap their losing streak against the Ravens and pull off the big upset on the road? No. Baltimore crushed the Bengals twice last season and I do not see a blowout in this one but the Ravens will win handily. Jackson will have a big game and the Baltimore defense will as well just like last week. The Ravens will win and cover in their house and show Cincy they are still, by far, the best team in the AFC North.