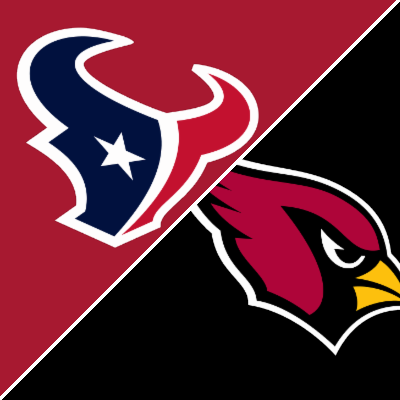 The Texans have lost five in a row and head to Arizona to take on the Cardinals, who are the last undefeated team in the NFL.

The biggest spread of the week is the Cardinals favored by 17.5 points in this non-conference clash with a total of 47.5. Even giving a lot of points the Cardinals are the team the public has thrown the most money on, as they opened as a 17-point favorite and as of Thursday are a 17.5-point favorite.

In their last game the Texans lost their fifth in a row with a 31-3 road loss to the Indianapolis Colts. Houston was only outgained by 25 yards and they had a balanced offensive attack but they committed three turnovers and did not force any.

The Cardinals were on the road in their last game and were impressive in a 37-14 win over the Cleveland Browns. MVP front-runner Kyler Murray passed for four TD and the Arizona defense shut out the Browns in the second half.

A lot of Problems For Texans

Not only are the Texans dealing with the whole DeShawn Watson issue but the team has struggled on both sides of the ball this season. In looking at the stats the team does not rank in the top 25 in the league in passing or rushing yards per game, ranks second to last in ppg, and ranks tied for 26th in points allowed per game.

Rookie David Mills (912 yards 5 TD 7 INT) only ranks 30th in the league in QBR and after throwing three TD and no INT in a close loss to the Patriots he had no TD and two picks in the bad loss to the Colts.

Brandin Cooks is the only real legit threat in the air, as he has 481 receiving yards while Chris Conley is the next leading target with only 134 receiving yards.

Look for Houston to run the ball early and often, as Arizona only ranks 23rd in the league in run defense while a solid sixth in pass defense.

Keep it Up Kyler

Kyler Murray is among the league leaders in passing yards, ranks third in the NFL in QBR, and in his last three games has seven TD and no INT.

Murray has been helped by a more than legit WR that has four players with at least 286 receiving yards led by DeAndre Hopkins (367 yards 6 TD).

I think the Cardinals will win this game comfortably but the Texans will put up a fight. They have been killing themselves with turnovers and giving up the big play but I think they will keep those to a minimum in this game. I look for them to have a good game on the ground against a Cardinals run defense that has had issues this season. Murray will play well but I look for a little let down from the team and while they will win and will easily Houston will cover the big spread with nothing to lose.