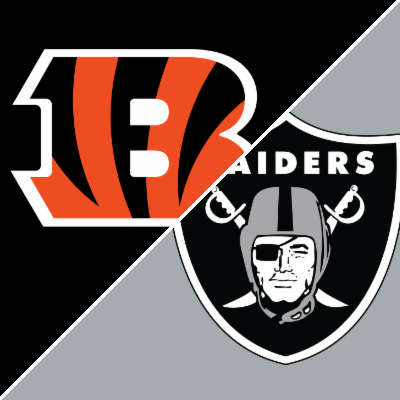 In a Sin City AFC matchup between two teams have lost two in a row the Raiders play host to the Bengals.

While both teams have the same record and this AFC matchup in in Las Vegas the oddsmakers have the visiting Bengals as a 1-point favorite with the total sitting at 49.5. While the total has gone up a half a point the spread has not changed as of Thursday.

The Bengals are coming off a bye but have lost two in a row where their defense has failed them giving up 75 points. They are still only one game out of first place in the AFC North but their second half schedule is tough still having to play the Steelers, Chargers, 49ers, Chiefs and Browns.

The Raiders were at home in their last game and lost to the Kansas City Chiefs 41-14. The team was outgained by 217 yards giving up 516 yards and Las Vegas has to be thinking how come the Chiefs woke up in the game facing them?

These teams last met in the 2019 season. The Bengals have covered in their last four games facing the Raiders.

Cincy may have needed some rest after two subpar defensive performances. They only gave up 28 points in two straight wins before giving up 75 in their last two games facing two less than stellar offensive teams in the Jets and the Browns.

Joe Burrow (2,497 yards 20 TD 11 INT) has thrown seven picks in his last five games and in the last game had no TD and two INT. He has a decent WR corps led by star rookie Ja’Marr Chase (835 7 TD) and he needs help from his line that has given up eight sacks in the last two games.

Joe Mixon (636 yards 7 TD) has slowed down after a solid start and in his last five games has only rushed for over 64 yards once.

Las Vegas’ defense needs to regroup after getting thrashed by the Chiefs and on the season, they rank 12th against the pass but only 27th against the run.

Last season the Raiders suffered a second half collapse and they are starting on that path this season, which is why this game is so big for them. They are still only a half a game out of first place in the AFC West and while their remaining schedule is not killer it is not easy either.

Derek Carr (2,826 yards 15 TD 8 INT) ranks fourth in the NFL in passing yards, but in the last three games he has four INT to go along with five TD.

Las Vegas has a legit WR corps and one of the best TEs in the game in Darren Waller and the team went out recently and signed big play WR DeSean Jackson.

Josh Jacobs (296 yards 5 TD) is questionable with a knee injury and he struggled in the last game and is only averaging 3.7 yards per carry. The Raiders though he and Kenyon Drake (206 yards 2 TD) would be a great pairing but that has not happened yet for. Vegas team that only ranks 28th in the league averaging 85 rushing yards per game.

Cincy has been good against the run this season but only ranks 24th in the NFL defending the pass and that is a major concern facing Carr.

The Raiders have covered the spread in five of their last seven games as an underdog while the Bengals have failed to cover in six of their last games as a favorite. Look for those trends to continue.

Both of these teams really need a win with each losing two in a row. Both are still in the playoff hunt and while the Bengals are 3-2 on the road the Raiders are 3-2 at home. I look for Carr to have his way with a struggling Cincy pass defense and for him to limit his mistakes. The Vegas D will play better after getting embarrassed on Sunday night, as they will limit the Bengals ground attack and keep Burrow in check. This game will be a close one but Carr will outshine Burrow, which is why Las Vegas is the pick.