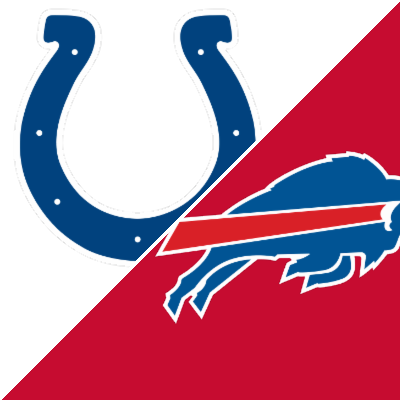 The Colts have heated up after a bad start and they head to north New York to take on a Bills team that has won two of their last three games.

The Bills are a 7-point home favorite in this AFC game with the total at 50. As of Thursday, the line and the spread have not changed since opening.

The Colts won their second in a row and their fourth in five games in their last one where they were at home and beat the Jacksonville Jaguars 23-17. It was not the most impressive win since it was the Jags and they were outgained but in the NFL a win is a win.

The Bills got over their bad loss to the Jags with a 45-17 road blowout win over the New York Jets in their last game. They racked up nearly 500 yards in the win and forced five turnovers including picking off four passes.

These teams met in the first round of the playoffs last season where at Buffalo the Bills beat the Colts 27-24.

Are the Colts Good?

The Colts sit at 5-5 and in the playoff hunt but are they good? All five of their wins have come against sub .500 teams and their biggest win came against the 49ers, who have four wins.

Carson Wentz (2,378 yards 17 TD 3 INT) ranks in the middle of the pack in terms of QBR and he had no TD, as well as no INT, in the last game after passing for three TD in two straight games.

One of the main reasons the Colts have been winning is the play of Jonathan Taylor, who is tied for the NFL lead in rushing yards. In the four wins in Indy’s last five games, he has rushed for over 100 yards in each one.

Michael Pittman Jr, (729 yards 5 TD) leads a less than stellar WR corps. The next leading receiver has 328 yards and Taylor is the third leading target with 303 receiving yards.

Not Quite the Same

After an embarrassing 9-6 loss to the Jaguars the Bills lit it up in their last game crushing the Jets. Josh Allen (2,602 yards 19 TD 6 INT) got over his bad game against the Jags (2 picks) passing for 366 yards and two TD and no INT in the blowout win over New York.

Stefon Diggs (750 yards 4 TD) leads three WRs that have at least 461 receiving yards and he was huge in the last game with 162 yards.

RBs Devin Singletary and Zack Moss have combined for 658 rushing yards and Allen ranks second on the team with 322 rushing yards.

Indy’s defense has been decent at best on the season ranking 17th in the NFL against the run and 20th against the pass.

The Bills are 3-1-1 ATS in their last five home games against the Colts bit Indy has covered in eight of their last 10 games overall.

The big question in this game is can Taylor have a big game? He has rushed for over 100 yards in all of Indy’s wins but has failed to rush for over 70 yards in their five losses. The Bills have the third ranked run defense in the NFL and they will keep him from the century mark. That with Allen playing well adds up to a Buffalo win where they will also cover giving seven points.