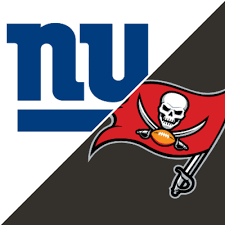 The Giants head to the Sunshine State for a Monday Night matchup facing the Bucs, who have lost two in a row.

Even in losing two in a row the Bucs are a big betting favorite in this NFC matchup at -11 with the total sitting at 49.5. The public has, actually, backed the Giants in this game, as they opened as an 11.5-point underdog and as of Friday are am 11-point dog.

The Giants are coming off a bye week and they won their second in their last three in their last game with a 23-16 home win over the Las Vegas Raiders. While New York was outgained by over 150 yards they ran the ball well and forced three turnovers including a pick-6.

The Bucs lost their second game in a row in their last game in a pretty shocking 29-19 road loss to a Washington team that came into the game with two wins. Tom Brady was picked off twice, the team only rushed for 53 yards, and the defense could not stop Washington in the fourth quarter allowing them a 10-and-a-half-minute drive, which was the longest in the NFL this season.

These teams met last season in the Big Apple where the Bucs beat the Giants 25-23. The Giants are 4-0-1 ATS in their last five games facing the Bucs.

Defense Getting it Done

The Giants’ defense has played well as of late, as in their last three games they have only given up an average of 13 ppg.

Like the defense Daniel Jones (2.059 yards 8 TD 5 INT) has upped his play in the last three games where he has four TD and only one INT. He still only ranks 24th in the NFL in QBR.

The Giants have three players with over 300 receiving yards led by Kadarius Toney (352 yards) and big off-season addition Kenny Golladay (310 yards) is back on the field after missing time with an injury.

Tampa Bay’s defense has given up 65 points in the last two games and on the season, they rank 22nd against the pass and second against the run.

Leonard Fournette (486 yards 4 TD) has only rushed for 73 yards in the last two games after rushing for 81 yards in each of his previous two games.

Chris Godwin and Mike Evans have combined for 1,323 yards on the season and third leading receiver Antonio Brown (418 yards 4 TD) may be back in this game after missing the last two with an ankle injury.

While the Giants only rank 19th in the league in pass defense and 21st in runs defense their overall D has been solid in the last three games.

I think the loss to Washington was a wakeup call for the Bucs. Brady has been great this season but with four picks and the last two games the team has two losses. They will clean it up in this game and play well on both sides of the ball. Look for Brady to go big and the run game to come back, as this Monday will not be a close game, which is why the Bucs will win and cover.