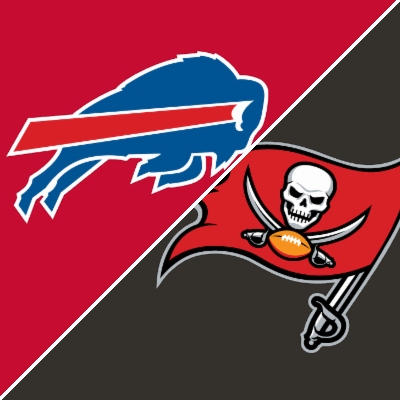 The Bills are coming off a tough home loss and head to the Sunshine State to take on the GOAT and the Bucs, who have won three in a row.

The Bucs are a 3.5-point home favorite in this non-conference affair with a total of 53.5. While the total has gone up q half a point since opening the spread has not changed as of Thursday.

In their last game the Bills lost their second in their last three games in a 14-10 home loss to the New England Patriots. In terrible weather the Bills allowed the Pats to rack up 222 rushing yards and New England only passed the ball a grand total of three times.

The Bucs extended their winning streak to three games in their last one in a 30-17 road win over the Atlanta Falcons. Tom Brady passed for four TD and the Bucs defense shut out Atlanta in the second half.

These teams have not met since the 2017 season. The Bucs are 3-1-1 ATS in their last five games against the Bills.

The Bills are sitting at 7-5 and they have been inconsistent in the last several games. They only have one win facing a team that has a winning record and they have not won two in a row since Weeks 4 and 5.

Josh Allen (3,216 yards 26 TD 10 INT) was not picked off in the last game after four INT in the previous two games and has rushed for 82 yards in the last two games.

Devin Singletary (495 yards 2 TD) has only averaged 31.2 rushing yards per game and he will have a hard time helping Allen out in this game facing a more than solid Tampa Bay run defense.

On the season the Bucs rank second in the NFL in run defense but only 20th in pass defense.

The Bucs have turned into a pass dominant team on offense with Tom Brady at the helm and the frontrunner for the MVP has the most passing yards in the league and ranks second in QBR.

Leonard Fournette (665 yards 7 TD) has turned into a solid pass-catching back and he had 48 receiving yards, to go along with 44 rushing yards, with a TD in the win over Atlanta.

The Buffalo defense ranks first against the pass, even losing star CB Tre’Davious White for the season, and 12th against the run.

The Bucs are 4-0 ATS in their last four home games and look for that trend to continue. I look for the Bills to come out strong in this game with Allen playing well but that will not be enough. The Bucs will play strong run defense and Brady will put up good numbers even against a stout Buffalo defense. The Bills will give Tampa Bay a fight but at home and looking to lock up the NFC South the Bucs are the team to win and cover.