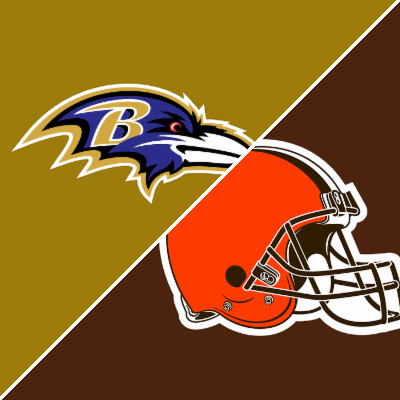 The Ravens beat the Browns at home a couple of weeks back and look to get over a tough loss in their last game beating them on the road even though Cleveland is rested and coming off a bye.

Oddsmakers have the Browns as a 2.5-point home favorite with the total sitting at 42.5. the public has really backed Cleveland in this game, as they opened as a 1-point underdog and as of Thursday are a 2.5-point favorite.

The Ravens were on the road in their last losing to the Pittsburgh Steelers 20-19 failing to convert on a 2-point conversion late that would have won the game. Baltimore had more yards in the game but had the game’s only turnover and they were penalized 10 times.

The Browns are coming off a bye and their last game was hosting the Ravens where they lost 16-10. Baker Mayfield is banged up but still playing and the team has not scored more than 13 points in their last three games.

The Ravens are 4-0 ATS in their last four games facing the Browns.

Cut Down the Picks

Lamar Jackson has had a huge burden this season with all of the injuries and he had to do it all but he needs to cut down on the picks. He had four even in the win over the Browns a couple of weeks back and in his last four games he has eight interceptions to go with six TD.

Jackson leads the team in passing yards as well as rushing yards by a wide margin. Devonta Freeman (376 yards 4 TD) has helped out some and in the last two games he has 52 rushing yards in each but also in each he failed to average over 3.7 yards per carry.

WR Marquise Brown and TE Mark Andrews have been decent as of late but they need to make plays down the field and help their QB out.

Cleveland has Myles Garrett, who ranks second in the NFL in sacks, and a defense that ranks eighth against the pass and 11th against the run.

Chubb Has to Turn It Around

The Browns’ offense is led by Nick Chubb (867 yards 6 TD) and after rushing for at least 130 yards in two straight games he only had 16 rushing yards in the last game facing the Ravens.

Mayfield has not only been injured but has heard the boos from the hometown fans. He only ranks 28th in the NFL in QBR and has three Td and three picks in the last three games.

Mayfield’s leading target is TE David Njoku (407 yards 3 TD) but he is out for the Baltimore game on the COVID-19 list. On top of that second leading target WR Jarvis Landry, who had 111 receiving yards in the loss to the Ravens a couple of weeks back, is questionable with a knee injury.

This is a good matchup on defense for the Ravens, as they have the league’s top-ranked run defense but only rank second to last in pass defense.

The Browns have had a week to rest but they were at the Ravens in their last game and could not pick up a win even though they picked off four passes. The defense will be there for Cleveland but that is about it, as they will not run the ball well and Mayfield will be Mayfield and be decent at best. On the other side of the coin Jackson will atone for his four-pick performance the last time facing the Browns and play well moving the chains with his arm and legs. Baltimore will not only cover the 2.5-point spread in this division matchup but also get the win and send the Browns to under .500 in the process.