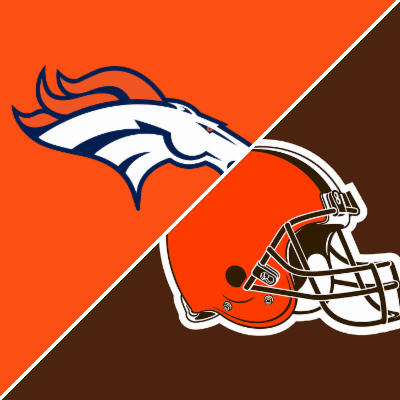 The Browns have lost two in a row and on Thursday night look to get back on track hosting a Broncos team that has lost three in a row.

The Browns are a 3.5-point home favorite in this AFC matchup with the total sitting at 42.5. Even at home and facing a Denver team that has lost three straight games the public has backed the Broncos, as they opened as a 4.5-point underdog and as of Tuesday are a 3.5-point dog.

The Broncos were at home in their last game and lost their third in a row falling to the Las Vegas Raiders 34-24. They had a more balanced offensive game but they had four turnovers and forced none and were down 31-10 entering the fourth quarter.

In their last game the Browns were at home and lost to the Arizona Cardinals 37-14. The team was in a 20-0 hole before scoring and the team’s run game was decimated by injuries.

These teams last met in the 2019 season. While the Broncos have covered in five of their last seven games facing the Browns the home team is 4-1 ATS in the last five meetings between these teams.

Melvin Gordan (332 yards 2 TD) also was banged up in the Raiders game and is questionable for Thursday night. Javonte Williams (300 yards 1 TD) has surprised this season as a rookie and he will get a heavy workload if Gordan cannot go.

Cleveland’s defense has really been hit hard by injuries and they have many players questionable for this game. Both of their starting CBs are questionable and a few key players up front are also banged up.

Mayfield on the Hot Seat

While the Browns have many players injured it is Baker Mayfield taking most of the heat for the team’s recent struggles. He is also dealing with a shoulder injury and listed as questionable but only ranks 26th in the NFL in QBR. Still, four of his six TD on the season have come in the last two games where he has not played bad.

The Browns rank first in the league in rushing yards per game. However, Nick Chubb, who came into last week as the NFL’s leading rusher, missed the last game and Kareem Hunt was taken out of the last game on a stretcher. Chubb is listed as questionable and Hunt is out.

Three players for the Browns have at least 203 receiving yards but leading target David Njoku and third leading target Odell Beckham Jr. are both listed as questionable with injuries.

The Browns are banged up, big time, and Mayfield is on the hot seat. Still, Cleveland is a legit team and I think they will play well on Thursday night. It will help that they face a Broncos team that has lost three in a row and has injury issues as well at the QB and RB positions. I would not be surprised to see Browns backup Case Keenum get the start in this game and he may give the team a spark. No matter who is under center for Cleveland they will take care of business at home and beat a reeling Broncos team covering the spread.