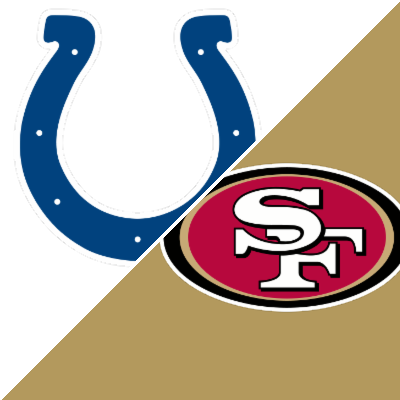 The Colts have won two of their last three games and head west to take on the 49ers, who have lost three in a row.

The 49ers are a 4-point home favorite in this non-conference matchup with the total at 44. The total has gone done a half a point since opening but as of Thursday the spread has not changed.

The Colts won their second game in three in their last game where they were at home and laid a 31-3 beat down on the Houston Texans. They forced three turnovers in the game and were solid on the ground with 174 rushing yards.

The 49ers had a bye last week and in their last game they lost to the Arizona Cardinals 17-10. Since winning their first two games San Fran has dropped three in a row and with their starting QB situation in flux the team does not know what their identity is and that is not good in the killer NFC West.

These teams have not met since the 2017 season and the last five games between them the road team has covered the spread four times.

In the last game against the Texans the Colts only outgained them by 25 yards but their three turnovers forced were key and they outscored Houston 21-0 in the second half.

Taylor had a slow start to the season but has rushed for over 100 yards in two of his last three games. In the win over Houston, he had his best game of the season rushing for 143 yards with two TD and scamped for an 83-yard score.

Look for the Colts to lean on Taylor in this game, as while the 49ers pass defense has been solid their run defense only ranks 18th in the league.

Jimmy G is Back

After rookie Trey Lance saw significant actin on the last two games after the bye it looks as if Jimmy Garoppolo (925 yards 5 TD 2 INT) will get the start against the Colts coming back from a calf injury.

Deebo Samuel (548 yards 3 TD) ranks fifth in the NFL in receiving yards but the team is thin after him. Second leading target star TE George Kittle is on IR and FB Kyle Juszczyk is the only other player with over 87 receiving yards.

Elijah Mitchell has emerged as the lead back for a 49ers team where the RB position has been hit hard by injuries. He leads the team with 189 yards and has a TD but in the last two games has only rushed for 85 yards.

Indy ranks 20th in the league defending the pass and 14th defending the run. While they won in a blowout in their last game, they still gave up 353 yards including 124 rushing yards.

While the Colts have won two of their last three games the wins came against teams that have combined for only one win. The 49ers lack identity and they have lost three in a row but those losses have come against the Packers, Seahawks, and undefeated Cardinals. They are rested coming off a bye and Jimmy G is back under center. While he has injury issues and does not put up big numbers all San Fran does when he starts is win the majority of the time. Look for that to happen in this game, as the 49ers will be led by their defense and at home they will win and cover.