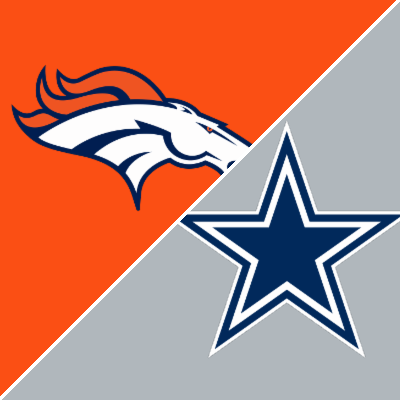 The Broncos snapped their losing streak in their last game and look to get over .500 heading to the Big D to face the Cowboys, who are running away with the NFC East.

America’s Team is a big 9.5-point home favorite in this non-conference matchup with the total at 49.5. The public has backed the Cowboys, so far in this game, as they opened as an 8.5-point favorite and as of Wednesday are a 9.5-point favorite.

The Broncos had lost three in a row before beating the Washington Football Team 17-10 in their last game. Denver was outgained 342 yards to 273 yards, but they forced two turnovers, blocked two field goals, and held Washington 0/2 in the red zone.

In their last game the Cowboys were on the road on Monday night and won their sixth in a row with a 20-16 win over the Minnesota Vikings. Dak Prescott did not play and in Cooper Rush’s first start he passed the game-winning TD with only 51 seconds remaining.

Broncos Clutch Defense Gets It Done

The Broncos’ offense was not at full tilt in the win over Washington in their last game but they came up with clutch defensive plays, especially in the red zone. Speaking of the defense they will not have a key player in this game, as star LB Von Miller was recently traded to the L.A. Rams and that is a big loss up front.

Teddy Bridgewater (1,914 yards 13 TD 5 INT) only passed for 213 yards with a TD in the win over Washington but he was not picked off after having five INT in his previous three games.

Three players for the Broncos have at least 320 receiving yards led by Courtland Sutton (579 yards 7 TD).

Denver has a solid 1-2 punch in the backfield with Melvin Gordan III (387 yards 3 TD) and Jerome Williams (355 yards 1 TD), who have not put up big numbers in the last two games but each is averaging at least 4.5 yards per carry.

Dallas has a legit run defense and while their pass defense only ranks 28th in the league they only gave up 177 passing yards in their last game against the Vikings.

CeeDee Lamb and Amari Cooper is one of the best WR duos in the league, have combined for 1,104 receiving yards and nine TD, and each had over 110 yards in the win over Minnesota.

Ezekiel Elliot has cooled off after two big games and in the Vikings game rushed for 50 yards only averaging 3.1 yards per carry. Still, he and Tony Pollard have combined for 966 rushing yards and each is averaging at least 4.8 yards per carry.

Denver ranks in the top 10 in the NFL in both pass and run defense but they have not beaten a team with a dynamic offense like Dallas has. Miller is now in L.A. and he is the team leader with 4.5 sacks and seven tackles for loss.

The Cowboys have covered the spread in every game this season while the Broncos have failed to cover in four of their last five games.

Dallas is on fire winners of six in a row and it will be seven after this game. The team is rolling and while the Broncos are coming off a win it was against lowly Washington and the team no longer has its defensive leader in Von Miller.

The Cowboys have too many offensive weapons and they will steamroll the Broncos, no matter who is under center. They will win comfortably, which is why they will also cover even giving 9.,5 points.